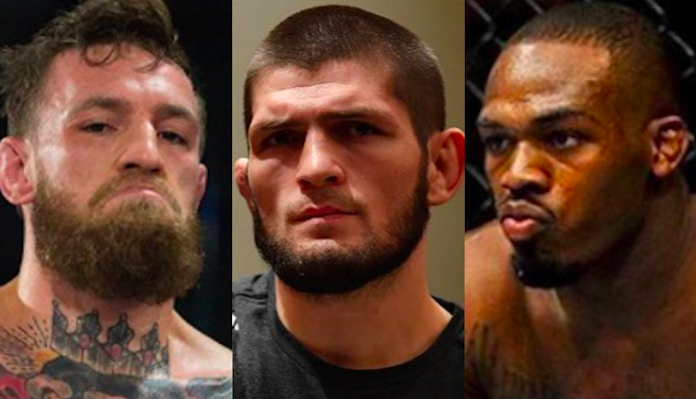 At long last, we should have some answers about the futures of Conor McGregor and Khabib Nurmagomedov on January 29, when the Nevada State Athletic Commission reviews the cases of the two lightweight rivals, who engaged in an ugly post-fight brawl after their UFC 229 title fight.

This week, the Commission confirmed that determining the fate of these two fighters is on the agenda for next Tuesday’s meeting (via MMA Fighting).

Shortly after he defeated Conor McGregor at UFC 229, Khabib Nurmagomedov leapt over the side of the cage and attacked McGregor’s training partner Dillon Danis. Simultaneously, McGregor got into it with to of Nurmagomedov’s training partners, Zubaira Tukhugov and Abubakar Nurmagomedov, inside the cage. All the parties involved in this violent fracas could learn their fates at this January 29 meeting — though delays are also possible. Whatever the case, fines and suspension seem likely.

Jon Jones is also expected to appear at this meeting, where he’ll answer for the anomalies that showed up on several of his UFC 232 pre-fight drug tests. These anomalies drove the UFC to move the entire UFC 232 card from Las Vegas to Los Angeles, as the Nevada Commission refused to license Jones until his case had been investigated fully.

This Tuesday meeting is crucial for Jon Jones, as he will not be able to fight Anthony Smith at UFC 235 in Las Vegas as planned unless he receives a license from the Nevada State Athletic Commission.

What do you think the future holds for Conor McGregor, Jon Jones and Khabib Nurmagomedov?