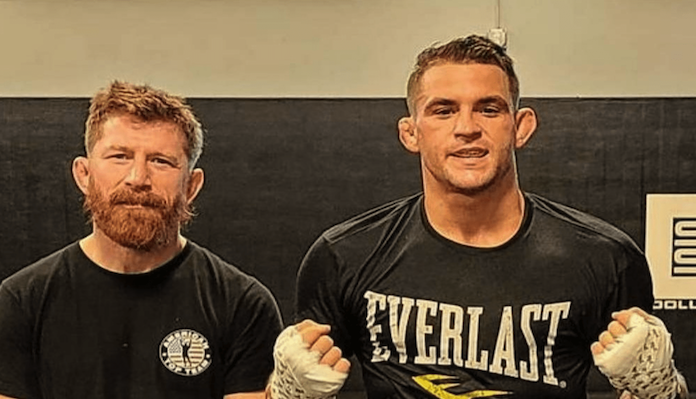 ATT (American Top Team) coach Mike Brown has weighed in on the possibility of Dustin Poirier competing at 170 lbs.

Dustin Poirier began his career in the UFC as a featherweight before becoming one of the best 155-pound fighters in the world. Mike Brown believes Poirier has the size and power to challenge anyone if he makes the decision to start fighting at welterweight.

“He’s plenty big for welterweight,” Brown recently told MMAFighting. “Plenty big, 155 (pounds) is getting real difficult to make. I’m not certain. He could be a better welterweight than a lightweight. Time will tell, but he’s definitely not small for a welterweight.”

Poirier, spoke to MMA Fighting after his last fight in December 2021 concerning his weight status saying:

Should Poirier be serious about his move to welterweight, a Nate Diaz (21-13 MMM) fight might be the ticket. The two were scheduled to face off against each other back in 2018, but the bout fell through after Poirier suffered an injury during training camp.