Chael Sonnen believes Kevin Holland will be “thrown out” of the UFC if he loses to Stephen Thompson: “It’s the single worst fight Kevin Holland could’ve taken”

Chael Sonnen thinks Kevin Holland could be fighting for his job at UFC Orlando.

After Holland lost by first-round submission to Khamzat Chimaev at UFC 279, he announced his retirement and doubled down on it. Yet, it was all for not as he was booked to headline UFC Orlando on December 3 against Stephen Thompson in a pivotal fight for the welterweight division.

The scrap between Holland and Thompson also makes a ton of sense as both men have been vocal in saying they want to fight a striker. With that, Sonnen believes if Holland loses he will be cut as it proves he can’t beat a wrestler or a striker at welterweight.

“They bring in Wonderboy, now that’s a wonderful opponent. Wonderboy last time I looked was ranked number five, now that was a while ago and he lost to Burns, I don’t know what he’s ranked but Wonderboy is one of the top guys,” Sonnen said on his YouTube channel about Holland. “This is a main eventer, this is a multiple-time number one contender, multiple-time world title challenger and he’s not going to go out there and do the wrestling. Is that good news? I’m asking you Kevin Holland fans, is that good news? I see it a little bit differently. 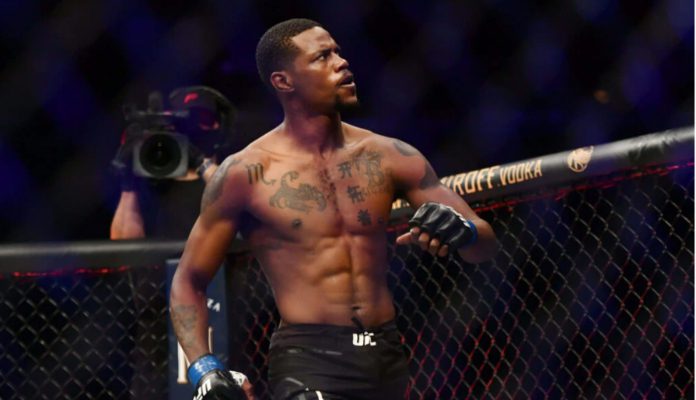 “I think it’s the single worst fight Kevin Holland could’ve taken. That’s what I think. I think that because I’m following the golden rule and putting myself in Kevin’s shoes. If I have established that I have a problem with guys who can take me off my feet,” Sonnen continued about Holland. “If I’ve established that to the point that I’m willing to walk away completely or I’m willing to come in and hedge and tell the world I don’t want to deal with any more of those guys. I haven’t solved the problem, I’m not going to solve the problem so I’m just out. Oh wait a minute, they are going to bring me a guy that doesn’t do that.

“Look at what’s on Kevin’s shoulders, he’s openly telling us I can’t deal with wrestlers, now he’s going to deal with a striker, if he can’t be a striker then what do you do, what do you got left?,” Sonnen concluded about Holland. “Now it’s not a matter of I’m retired, I’m stepping away, you will be thrown out if you now can’t beat the striker after you’ve told us that you can’t beat the wrestler. It’s a really hard spot, I was surprised that he took the match. I really was.”

Although Chael Sonnen believes Kevin Holland will be thrown out of the UFC with a loss to Stephen Thompson, it doesn’t seem likely that will be the case. Dana White has been vocal in saying how much he likes Holland along with ‘Trailblazer’ being a fan favorite which should help him keep his job.

Do you agree with Chael Sonnen that Kevin Holland will be thrown out of the UFC if he loses to Stephen Thompson?