Showtime Fighting Championship’s inaugural show is this Friday. Ahead of the event, its creator Anthony Pettis has revealed a fun bonus on the table.

Last year, the former UFC lightweight champion announced that he was starting his own promotion. Dubbed “Showtime FC”, the first show was set for February 11th. Now just days out from the event, ‘Showtime’ has announced that the promotion will have a unique bonus structure.

During fight week, Pettis went on The MMA Hour with Ariel Helwani. While discussing the show, he revealed that one of the bonuses will be if a fighter can replicate his famous ‘Showtime’ kick.

“I was talking with my team, and I wanted to make this fun. my style speaks for itself, I put on a show. With my matchmaker, we’re trying to make it exciting and make it my own. We’re going to put some bonuses in there for these athletes that can land some fun things. We’re going to make it interesting… The first fight show will have a fun fight structure bonus. Showtime kick will definitely be one of the bonuses.”

The “Showtime kick” was seen at WEC 53, during Pettis’ fight with Benson Henderson. ‘Showtime’ won the bout and the WEC lightweight title, but the fight will forever live in history due to a flashy moment in the fifth round.

Pettis ran off the side of the cage and knocked down Henderson with a kick to the face. The kick sealed the victory for ‘Showtime’ and became one of the most-seen highlights in MMA history. 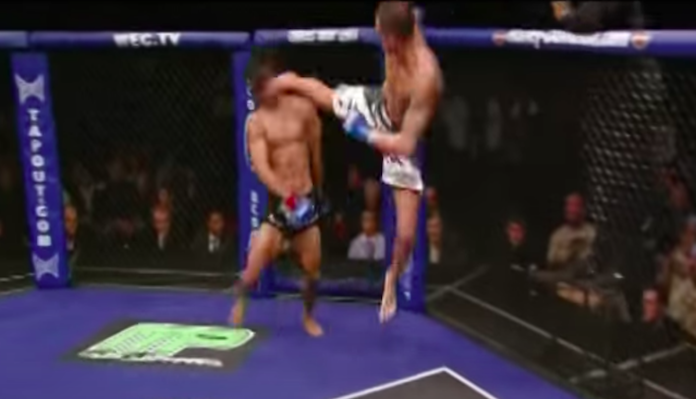 While Anthony Pettis is no longer with the UFC, he still has a good relationship with the promotion. The PFL fighter‘s promotion will stream exclusively on UFC Fight Pass, with the first show being broadcast this Friday.

What do you think about Anthony Pettis’ Showtime Kick bonus?