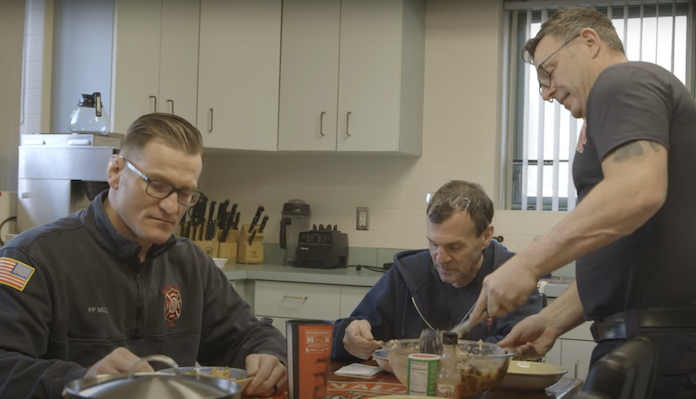 While rumors are swirling of a return to the Octagon, Stipe Miocic seems to be enjoying life out of it. The former UFC heavyweight champion has become a full-time firefighter.

Stipe Miocic has been out of the ring since a March 2021 loss to Francis Ngannou. Despite no appearances inside of the Octagon, the Cleveland-native has never been out of the title picture.

While ‘The Predator’ is currently battling with the UFC, there’s been talk of Miocic returning to fight for gold. His expected opponent would be former UFC light heavyweight champion Jon Jones. ‘Bones’ recently teased a fight with Miocic on Twitter, and has been vocal of an incoming return to the cage.

However, it seems that Miocic is a bit busy at the moment. Today, the former UFC heavyweight champion was sworn in as a full-time firefighter for the city of Westlake, Ohio.

Miocic has been vocal in how proud he was of his service of being a firefighter in the past.  Mainly due to his training schedule, and being UFC champion, he’s been unable to secure a full-time position in public service. The Cleveland-native has worked part-time for two different firefighter stations for the better part of a decade as a result.

It seems that his schedule cleared up enough to make his dream a reality. Miocic was sworn in earlier today alongside two others. The former champ went through a battery of tests to earn the position.

Miocic has previously stated that he would only take a full-time firefighter position after retiring from MMA. If recent rumors and tweets from Jon Jones are to go by, the former heavyweight champion isn’t done inside of the cage just yet.

What do you think about Stipe Miocic expanding his career as a  firefighter? Do you think this will have any impact on his potential fight with Jon Jones?