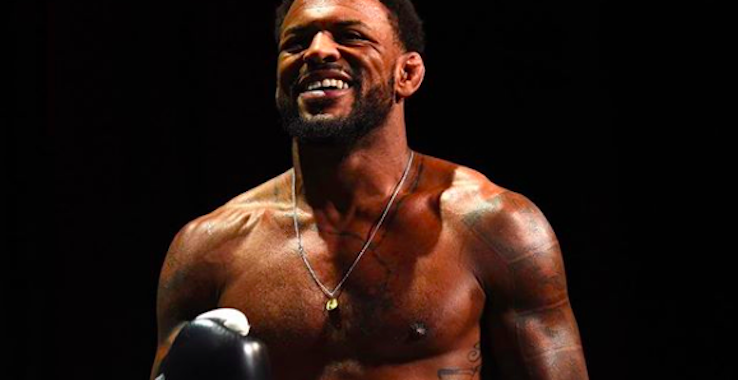 Michael Johnson will enter the Fili bout on a three fight losing streak. “The Menace” has suffered setbacks to current UFC lightweight champion Khabib Nurmagomedov, Darren Elkins and Justin Gaethje in that time.

Round one begins and Fili comes forward quickly. Johnson catches him with a quick left hand. Fili continues to press forward. He accidently pokes Johnson in the eye while reaching out and we have a brief break in the action. We restart and Johnson snaps a right hand. Fili is utilizing a lot of movement now. He throws a head kick that just misses. The fighters exchange shot sin the pocket. Johnson circles outside along the cage. Fili follows closely behind but eats a kick to the body for his efforts. Fili returns fire with a head kick that lands but does not seem to face “The Menace”. Johnson with a low kick. He ducks under a counter punch from Fili and circles out. Andre charges in but eats a left jab. Another solid left from Johnson rocks back the head of Fili. Andre is relentless though and just continues to press forward. He lands another head kick and Johnson smiles. Michael with a low kick now. Fili returns fire with one to the body and then exits the pocket. Fili comes forward with a head kick which is blocked. Johnson with a right hand and then a quick left hand up the middle. Fili eats it and throws a body kick that lands. The horn sounds to end round one.

Round two begins and Fili throws a 1-2 combination. Johnson circles and then lands a low kick but it partially connects with the groin of Fili. The referee steps in and we break. Fili recovers and then shoots in for a takedown upon restart. He gets it. Johnson attempts to scramble back to his feet but Fili takes his back. Johnson is standing up against the cage but Fili is on him. Andre locks in a deep rear-naked choke and drops down for the finish. Somehow Johnson escapes the hold. That was so deep I’m shocked.
Regardless Fili still has Johnson’s back on the ground with over a minute remaining in round two. Johnson is able to scramble and take top position. That was a crafty move from the veteran. He begins to rain down left hands and then switches to elbows. A couple of solid strikes now from Johnson. Fili looks to setup a triangle. Johnson is wise to it and escapes. He lands a couple more elbows from the top before the horn sounds to end round two.

Round three begins and the fighters touch gloves. Fili comes forward with a head kick that partially lands. Johnson takes the center of the octagon and lands a left hand followed by a low kick. Fili misses with a return body shot attempt. He circles along the cage. Johnson cuts him off and throws a right that misses. Michael misses with a punch and Fili ducks under and scores a takedown. He immediately looks to take the back of “The Menace”. Johnson scrambles and gets right back to his feet. He eats a low kick from Andre. Fili follows that up with a high kick which is blocked. Both men with kicks to the body now. Johnson moves forward with a left. He needs to get something off here. He lands a hard low kick and then stuffs a takedown attempt from Fili. Another low kick from Johnson. He lands a left. Fili fires back with a low kick of his own. Johnson goes to the body with a jab. He lands a left hand and pushes Fili against the cage. Under one minute remains in the fight. Both men are battling hard. Johnson almost gets Fili down with a trip but can’t. Johnson is relentless in his search for this takedown but he can’t get it. Round three comes to an end.