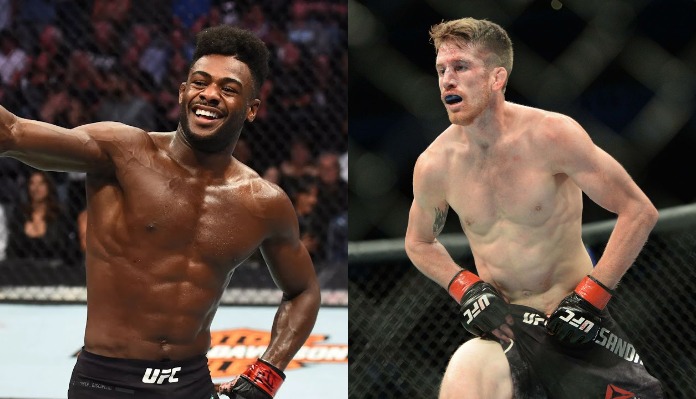 Sandhagen (12-1 MMA) had entered the contest on a seven-fight win streak, with five of those seven wins taking place under the UFC banner. In his most previous effort at August’s UFC 241 event, ‘The Sandman’ had picked up a decision victory over long-time contender Raphael Assuncao.

Tonight’s Cory Sandhagen vs. Aljamain Sterling bout proved to be a short contest. ‘Aljo’ stormed across the cage and quickly had Sandhagen in the clinch. From there he would take Cory’s back and begin working on submissions. Eventually he locked in a rear-naked choke that put ‘The Sandman’ to sleep.

Check out how the pros reacted to Sterling defeating Sandhagen below:

Most intriguing fight on the card tonight #ufc250

What an awesome performance from @funkmasterMMA !!!

Who would you like to see Aljamain Sterling fight next following his submission victory over Cory Sandhagen this evening in Las Vegas? Share your thoughts in the comments section PENN Nation!