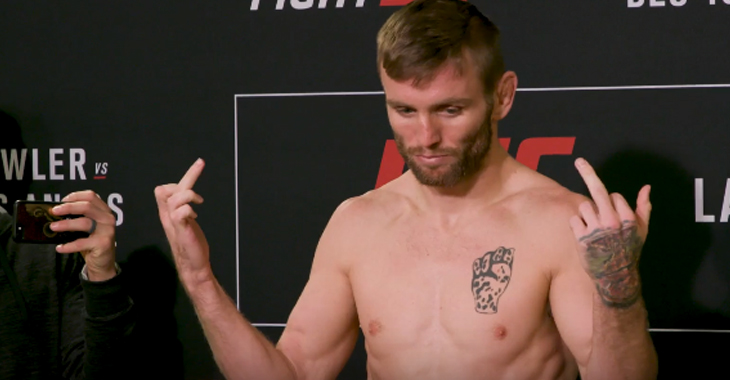 Round one begins and Elliott presses forward quickly. Mark grabs a hold of his neck and drops for a guillotine. Elliott is able to escape and winds up in side control. He drops down a hammer fist. Delarosa rolls and throws up and armbar attempt. It looks deep. Tim is in some trouble here. Elliott is able to step over and escape. Mark attempts to scramble up but gives up his back to Elliott. Tim drops down some big shots from the position. Delarosa rolls and winds upon the bottom with Elliott in full guard. More shots from Elliott now. He grabs a hold of guillotine choke and proceeds to move to full mount position. Somehow Mark escapes the submission attempt and winds up back in half guard. Another scramble and round one comes to an end.

Round two begins and Mark immediately shoots in for a takedown. Elliott locks in a guillotine choke. Once again Delarosa is able to escape the hold. Elliott begins working from full guard. He moves to the back and then locks in an anaconda choke. This time it is very deep. Mark is forced to tapout.

And that's a wrap!@TElliott125 gets the Anaconda choke in round 2! #UFC219 off to a good start! pic.twitter.com/0hmpQ4daoS