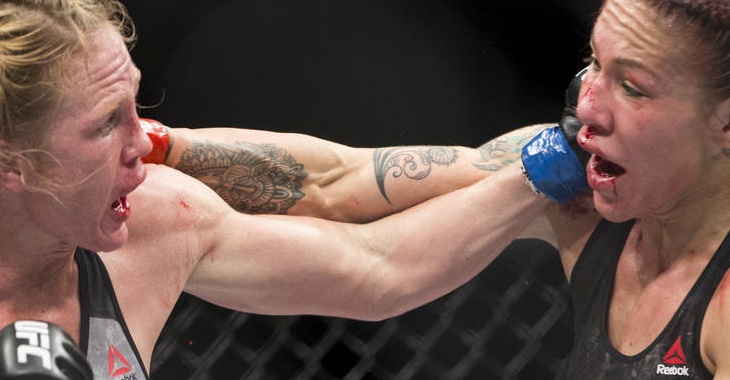 The preliminary numbers for the UFC’s final event of 2017 have been released by Dave Meltzer and they did better than most may have assumed they would. Estimations are around 340,000 to 380,000 buys which…is shockingly the third highest of 2017. The top two being UFC 217 which was headlined by UFC middleweight champion, Michael Bisping defending against the returning welterweight king, Georges St-Pierre which did 875,000. Following UFC 217 was UFC 214 which featured light heavyweight champion, Daniel Cormier rematching Jon Jones, doing 860,000. Both events featured three title fights.

The next highest after UFC 219 was a tie between UFC 209 and UFC 211 with 250,000. 209 was headlined by Tyron Woodley as he defended his title in a rematch against Stephen “Wonderboy” Thompson. Heavyweight champ, Stipe Miocic also was in a rematch for his fight when he defended against Junior Dos Santos at UFC 211.

UFC 219 saw Cris Cyborg vs Holly Holm for Cyborg’s Featherweight title in the main event. This was Cyborg’s first-time headlining a UFC PPV event and Holm’s third time. Her first two came against Ronda Rousey…who had incredible drawing power of her own as that card did over one million buys. Holm’s second headliner on PPV came against Germaine de Randamie for the inaugural Featherweight title at UFC 208. That was de Randamie’s first time on a UFC PPV main card ever so it’s safe to say that the drawing power came from Holm in that one and the result was 200,000.

In 2016 the top three numbers were a lot different. They were the following:

How will successful will 2018 be for the UFC?