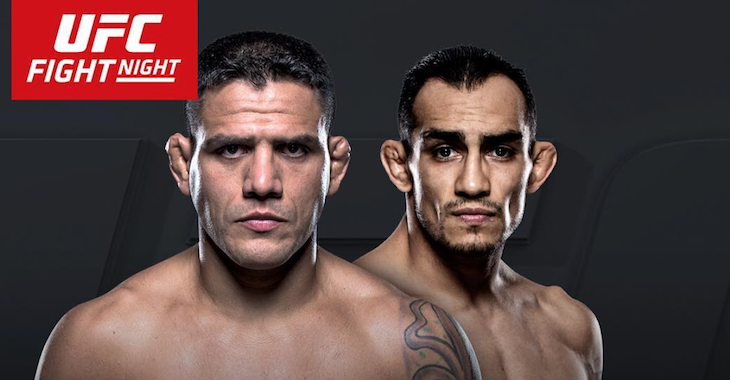 After a brief period of anticipation, the UFC has officially announced Rafael dos Anjos vs. Tony Ferguson.

Reports emerged earlier this week that the former lightweight champ would be returning to the Octagon in November to fight #3 ranked lightweight Tony Ferguson in a highly anticipated showdown, however there had been no official word on the matchup until now.

The UFC took to Instagram to announce the fight:

dos Anjos is coming into the fight on a loss after losing his title and having his 5-fight win streak snapped at the hands of MMA veteran Eddie Alvarez. Ferguson on the other hand enters the bout on an 8-fight that most recently saw him submit UFC newcomer Lando Vannata in a ‘Fight of the Night’ performance.