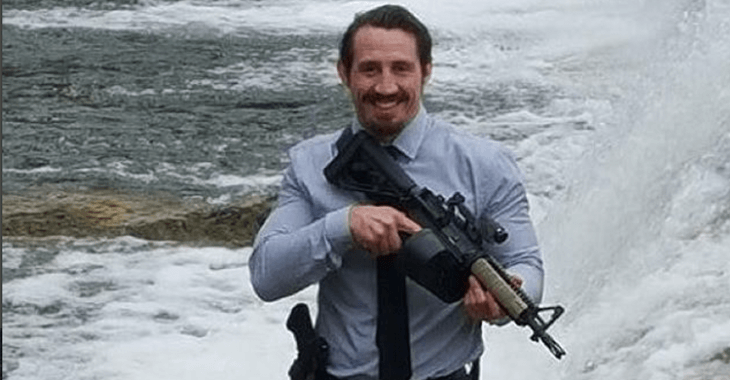 UFC middleweight Tim Kennedy is a certified badass. In addition to being one of the UFC’s top ranked middleweights, Kennedy is a is U.S. Army Special Forces member who has received the Army’s Bronze Star Medal with ‘V device’ for his valor shown while under enemy fire.

Kennedy, who has yet to return to the Octagon since his controversial TKO loss to Yoel Romero, has also been targeted personally by ISIS. Despite that, Kennedy hasn’t backed down from speaking out about the terrorist group.

Now, Kennedy has the support of none other than the man he choked out on stage recently, Jackass star and animal rights activist Steve-O.

He spoke to TMZ to discuss Kennedy’s standoff with ISIS:

“Have you heard about him on the news talking smack about ISIS and ISIS actually targeted him individually and threatened Tim Kennedy, and all he has to say is ‘yeah, come and get me you cowards, I’m ready! I’ll kill you!’ He’s amazing.”

When asked if he would stand and fight with Tim Kennedy should ISIS come looking for him, Steve-O responded with:

“I would have to stand with Tim Kennedy. And if they [ISIS] killed me then we’d just have to get my brain.”