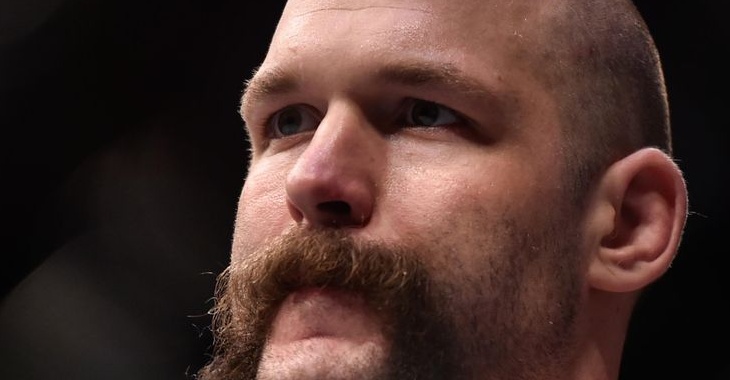 It’s not the most common of situations to have to seek help to get your cornermen to your fight. But unfortunately, that was the case for the #15 ranked UFC Heavyweight, Tim Johnson ahead of his bout with Marcelo Golm next week at UFC Fight Night 125 in Belem, Brazil. Johnson’s GoFundMe page description reads as follows:

As many know the UFC has me traveling around the world for fights.  What most people don’t know is they only pay for 2 tickets.  Sponsorship money is tight and had a few not contribute to this trip.  So I’m asking for your help in the last minute ditch effort to help get my other two coaches to Brazil for my fight, as this will be going towards their flights.  Any extra will be donated to wounded warriors or a similar donation.   Thanks for your time and support.

Johnson has been with the UFC since 2015 when he made his promotional debut against Shamil Abdurakhimov who he defeated by first-round TKO. Johnson’s two other UFC wins are over Daniel Omielanczuk and the current #8 ranked Marcin Tybura. His record in the UFC overall sits at 3-3 with all wins and losses alternating so Johnson hopes to string together a streak here starting with Golm.

If Johnson’s GoFundMe highlights anything specific, that would just be another negative light shined on the Reebok deal as Johnson mentions that “sponsorship money is tight”. Of course, fighters can still get sponsorships other than Reebok when not fighting but when they are, it is Reebok specific unlike the old days or how things are in other organizations that don’t have sponsorship deals with one specific brand. But it also seems odd that the UFC only pays for two tickets when fighters are supposed to have three cornermen.

What do you think of Johnson’s situation?