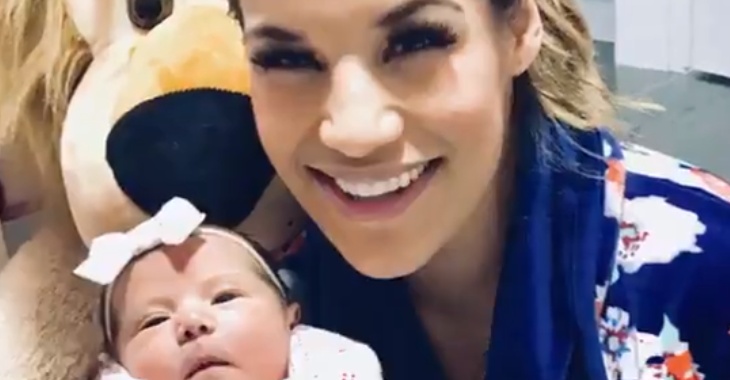 The “Venezuelan Vixen”, Pena has been out of action since January of 2017 when she lost in the main event of UFC on Fox 23 to the future title challenger, Valentina Shevchenko.

That loss marked Pena’s very first in the UFC since joining the organization as part of TUF 18. Despite her success at 135 lbs, Pena has expressed interest in dropping down to the new 125 lb Flyweight division which she plans to do when she eventually returns to fighting. But of course, baby Issa will have her full attention for the months to come.

Pena is known for her smotheringly aggressive grappling style and holds an 8-3 record in her Mixed Martial Arts career(7-1 in the UFC[including TUF]) with notable wins over the likes of Jessica Eye and former title challenger, Cat Zingano. Of Pena’s eight wins, six have come by way of finish(three submissions and three knockouts).

When Pena returns is still to be determined, but if it comes in the Flyweight division as planned, it will be only her second appearance in the class. Her first being in a fight with DeAnna Bennett in 2013, a fight that Pena lost by unanimous decision.

Pena would be a great division to the Flyweight ranks but a big hit for the quickly thinning 135 lb weight class. When looking at the top three contenders at Bantamweight, you have Shevchenko, Holly Holm and Pena. Shevchenko is returning to Flyweight as well for her next fight which happens to be next week at UFC Fight Night 125 in Belem, Brazil when she takes on Priscilla Cachoeira. As for Holm, she actually just fought outside the division too when she challenged the Featherweight champion, Cris Cyborg at UFC 219. Holm did not come out victorious thus making her 1-4 in her last five fights. Flyweight will only get stronger, but is Bantamweight in trouble?