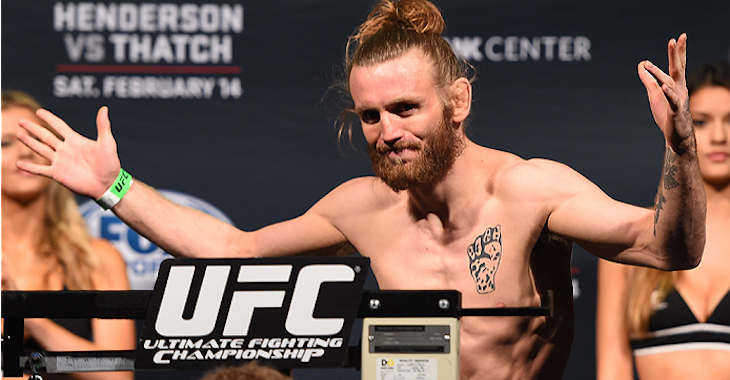 Fighter pay has been a hot-button issue for some time. The UFC has claimed that the financial environment that they have cultivated for fighters far surpasses anything else in the MMA world while fighters often seem to feel as though they are paid far less than they deserve, given the nature of their profession.

While anyone who gets punched and kicked for the enjoyment of others should probably be paid as much as possible, making that a reality is not as simple as writing a bigger check.

Unfortunately, fighters can’t seem to unify as fighter-on-fighter backlash over pay is something that is unfortunately common. Its easy to see why though as chances to actually make money in the sport of MMA are few and far between.

Winning The Ultimate Fighter was always framed as a free ticket to a big contract and a big paycheck. A six-figure contract to the winner sounds like a nice prize.

According to UFC flyweight Tim Elliot, though, winning TUF isn’t all its cracked up to be, especially when you’re ‘finale’ is a title shot against arguably the greatest combat sports athlete the world has ever seen.

Elliot is, of course, drawing comparisons between his fight with UFC flyweight champion Demetrious Johnson, and tonight’s upcoming women’s flyweight title fight between Nicco Montaño and late replacement, Roxanne Modafferi. He took to his Facebook page and claimed that Modafferi, even as a late-replacement, was receiving $100,ooo to show and $100,000 to win against an opponent who is 3-2 and debuting in the world’s biggest MMA promotion: Unfortunately, if there is anyone who has put in the time to deserve a shot at a UFC title, its women’s MMA pioneer Modaferri. However, the reality of situation is that there is a stark contrast between the tasks that was ahead of them on their respective TUF finale fight days.