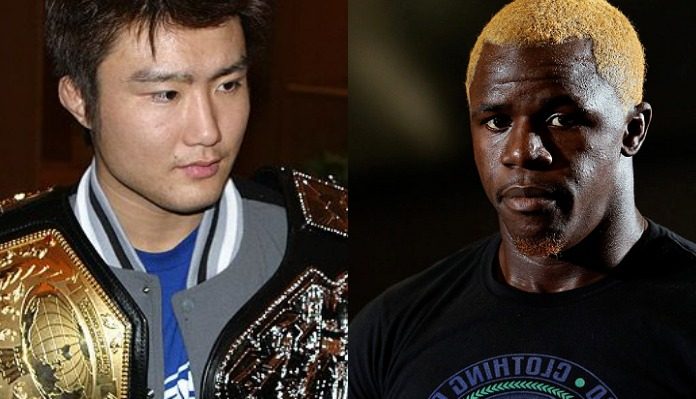 Two brick-fisted MMA veterans are set to collide in Japan, as Melvin Guillard has stepped up to replace Andy Souwer against Takanori Gomi at Rizin 11. The card goes down on July 29 inside the hallowed Saitaima Super Arena just outside Tokyo.

“The always exciting Melvin Guillard will be taking the spot against Takanori Gomi,” Sakakibara said on Twitter. “This replacement will still be a fantastic fight for those who were anticipating the Souwer fight. Stay tuned to the brawl between the two legends.”

Shortly after this bout was announced, Guillard took to Instagram to share his thoughts. The American puncher sounds very excited.

“My come back, yes this shit is fuckin real,” Guillard said (edited for clarity). “Rizin 11. Blessed more than ever in life. Second chances don’t exist where I’m from. Seized the moment. Japan here I come, nothing can stop me.”

Melvin Guillard will enter this fight on an seven-fight losing streak. The four most recent of these losses have come by way of knockout or TKO. He’s 30-20-2 overall.

Gomi, meanwhile, is on a six-fight skid. All of these losses have come by knockout or submission. He’s 35-15-0 overall.

Who do you think comes out on top in this newly announced Melvin Guillard vs. Takanori Gomi fight?