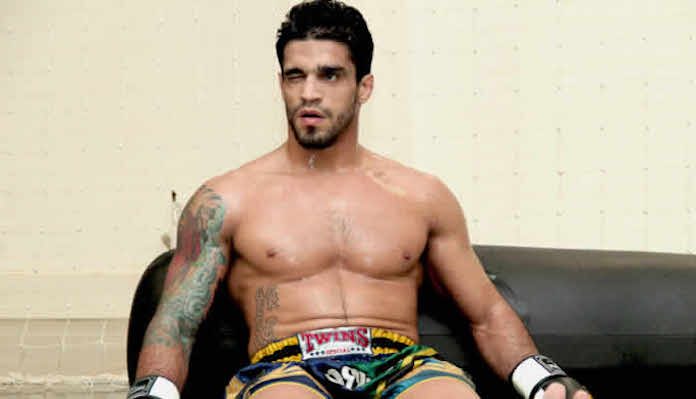 Thiago Tavares’ PFL 2 fight could not have gone much worse for him. After absorbing a low blow in the second round, he was given five minutes to recover. When he still wasn’t ready after five minutes, the bout was then ruled a TKO win for his opponent Robert Watley. Had the fight occurred pretty much anywhere but Illinois, the bout would have been ruled a no-contest, but the bizarre Illinois rules meant a loss for Tavares.

The good news is that Tavares escaped the bout without any serious damage to the contents of his cup. This is something he was worried about after the blow landed.

To put it bluntly, he thought he broke his penis.

”I thought ‘My God, I’ll look at my penis and it will be broken or something like that. Something happened.’ It was scary,” Tavares told MMA Fighting this week. “And then the referee looked at me and said ‘if you don’t come back I’ll rule it a TKO.’ When he said that, I thought it was impossible, maybe the camera angle didn’t show how bad it was and they want to rule it a TKO. I tried to stand back up but I felt so much pain I sat down again and the doctor stopped it.”

”And they still rule it a TKO due to accidental low blow, man,” he continued. “How can someone knock someone out with an illegal kick? And they still write it down in the result? It’s like a World Cup referee validating a goal with a hand and write it down that the player used his left hand. It makes no sense. If he thought he scored the goal with his head, okay, it’s only one mistake. A grotesque mistake, but only one, like giving this guy a TKO win. But they went ahead and actually made it official that the method was an accidental low blow.”

Unsurprisingly, Tavares is hoping to appeal this result. More than anything, however, he’s hoping for a change to Illinois’ MMA rule-set. Without changes, after all, fighters might as well just start kicking each other in the groins without hesitation.

”People were joking afterwards that they will start training eye pokes and low blows,” Tavares said. “You win the first round and then aim for the low blow or eye poke. It’s scary, man. A grotesque mistake. If I fight again under this commission, just aim for the low area and I’ll win the fight. How can you prove it’s accidental? Imagine a tournament final, winner gets a million dollars, and it ends with a low blow.”

Whatever the case, it’s good to hear that Thiago Tavares emerged without any long-lasting damage downstairs.