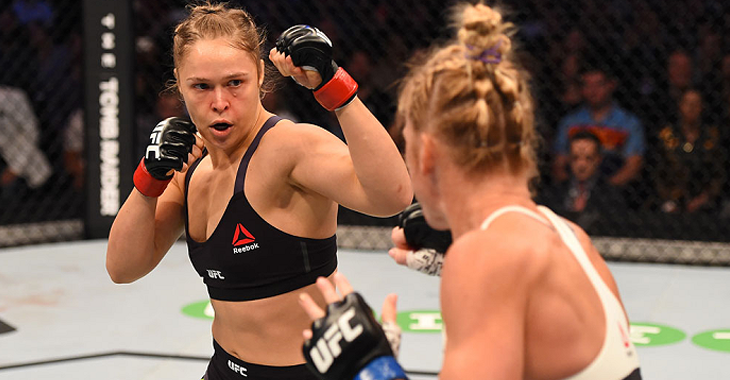 For a time, Ronda Rousey stood out as the best female mixed martial artist on earth. She was the picture of dominance, destroying whoever the UFC threw at her with apparent ease, from Miesha Tate, to Cat Zingano to Bethe Correia.

Then, it all came crashing down. After being knocked senseless by a Holly Holm head kick, Rousey retreated into the shadows for over a year. And after being clobbered by Amanda Nunes in her long-awaited comeback fight, there is now real doubt that she’ll ever fight again.

Having been brutally beaten in her two most recent fights, there is now widespread debate as to whether Rousey was actually as good as she seemed. For many fans and pundits, the answer is no.

According to UFC President Dana White, however, Rousey is not only deserving of the praise she once received, but underrated, not just as a fighter but for her role in ushering in the era of mainstream women’s mixed martial arts.

“You had such a dominant female fighter. She was so bad ass and she spoke well and she was pretty,” White continued. “That whole combination of what she was built that whole female mixed martial arts phenomenon. She was the right person at the right time to do it.”

While Rousey’s future in MMA his uncertain, she does appear to be honing in on a long-discussed WWE career.

Do you think Ronda Rousey is being underrated after he two recent losses? Is Dana White correct on this one? Join the debate in the comments section.