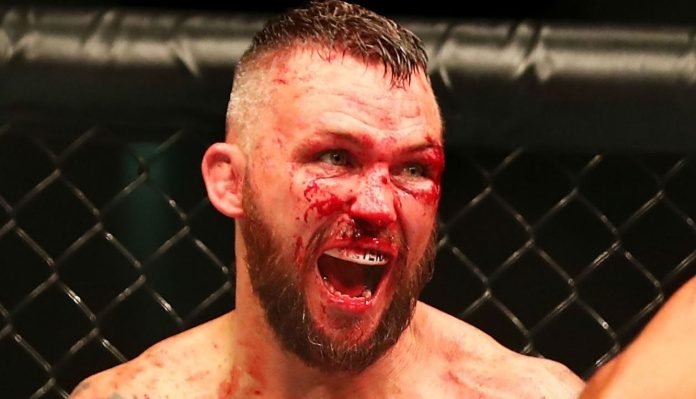 On April 21, RIZIN FF will hold their first event of the year in RIZIN 15 which takes place from the Yokohama Arena in Yokohama, Japan.

Four very fun matchups have already been announced for the 2019 kickoff show.

One of those fights being the inaugural 205-pound title fight which will be a rematch between top light heavyweight prospect Jiri Prochazka and Bellator staple, Muhammad “King Mo” Lawal.

Along with that championship caliber bout will be another feature attraction which will see bantamweight champion Kyoji Horiguchi compete for the first time since winning the title at RIZIN 14.

His opponent will be the promotional newcomer and former fellow top UFC flyweight contender, Ben Nguyen.

Speaking of promotional newcomers, at RIZIN 14, Damien Brown made his debut when he took on the Daron Cruickshank in a highly anticipated matchup.

“Beatdown” Brown would end up securing a guillotine late in the opening round to get a three-fight losing streak-snapping win.

As announced at a RIZIN 15 pre fight press conference on Friday (local time), along with Brown competing at RIZIN 15 will be the RIZIN vets Manel Kape and Satoru Kitaoka.

The very experienced vet, Kitaoka will be welcoming the undefeated submission specialist Roberto “Satoshi” de Souza to the RIZIN ring.

As for Kape, he’ll be looking to rebound against Seiichiro Ito. Don’t expect this to be the last of the exciting RIZIN 15 announcements!

For the rest of the RIZIN 15 card as it currently stands, it can be seen below.