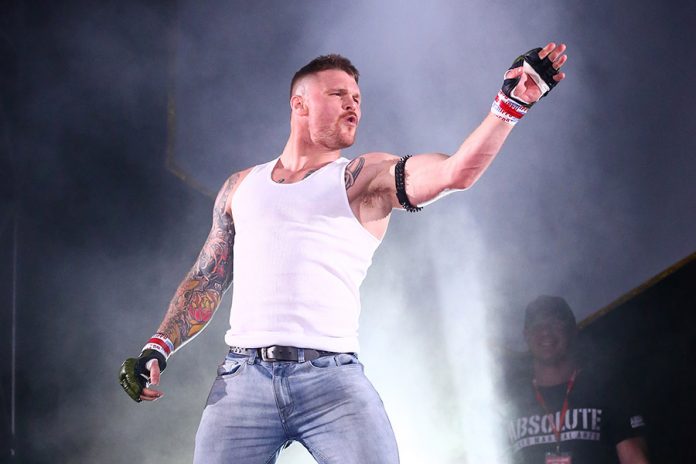 Rizin favourite, Jake Heun has reportedly got himself into some serious trouble Down Under.

According to a report from Jack Wannan in Knockdown News, the 33 year old Heun is facing a slew of drug charges in Melbourne, Australia.

The article details how Heun (15-9) was forced to appear in front of the Magistrates’ Court of Victoria last week in relation to charges that allege he was trafficking illicit substances between 2019 and 2020.

‘The Honey Bear,’ is said to have been importing methyl alpha-phenyl acetoacetatem, a substance described by Bloody Elbow as “a ‘designer precursor’ used in the production of narcotics.”

Heun, who spent time with elite gyms such as American Top Team and Tiger Muay Thai, is expected to appear in court again on May 4th.

Since the report emerged, Rizin responded by saying,

“We knew nothing about this matter and are shocked to hear about the news.”

This is certainly a distressing turn of events for the American, who was enjoying quite a renaissance out in Japan.

Having suffered back-to-back knockouts in 2018, one of them coming against UFC star, Jiri Prochazka; Heun bounced back to win four out of his next five fights. Currently riding a three fight winning streak, he was even being mooted as a potential title contender and was learning Japanese.

As well as reviving his record in the ring, the former PFL man also made a name for himself with some of the most entertaining walkouts in the sport.

In hindsight, red flags began to appear in September when Heun stopped posting on twitter before eventually shutting down his account.

These alleged charges would certainly put a spanner in the works for Heun, who was looking to capitialise on his good form.

“I want to move to Japan, become the champ and soccer kick everyone they send my way. And the beautiful thing about that is that means co promotion with Bellator, so there are some very interesting fights there as well. Jiri can have the UFC, I’ll take the world.”

Will we see Heun back in the ring one day?