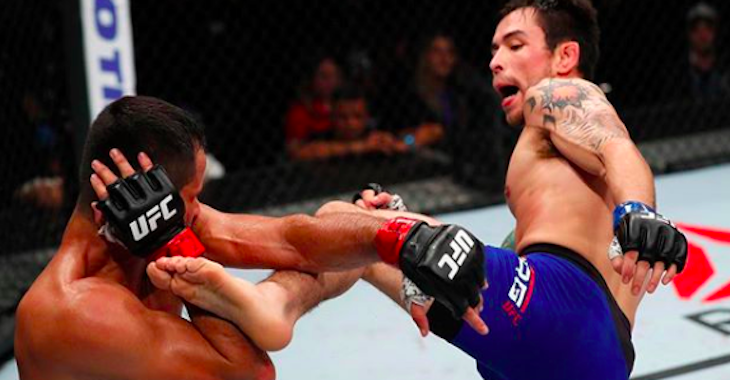 Given Borg’s history of missing the flyweight division’s 126-pound cap, there is worry among some fans that he’ll miss the 125-pound limit required for this title fight. Fans that are worried about this are not likely to feel any better upon learning that Borg won’t be using a full-time nutritionist ahead of his UFC 216 title fight. While he’ll be consulting the nutritionist at the UFC Performance Institute, that will be the extend of his work with nutritionists.

Apparently, Borg is simply trying to return to an earlier juncture of his career, when weight cuts weren’t as problematic.

“I used to do huge weight cuts back in the day when I first started,” he said on the latest edition of The MMA Hour (h/t Shaun Al-Shatti of MMAFighting). “People don’t remember, I had no problem cutting weight when I first got into the UFC. And they have it on record — I’m sure that they have it on record, what I showed up (weighing). I used to show up at, like, 138 or 137 on fight week my first four to five fights in the UFC, and made weight, cake, like nothing. I never looked depleted, I never wobbled onstage.”

“I found myself in a weird predicament,” he continued. “I found myself wanting to just do what I did to get to the show. When I got to the UFC, UFC fights prior, I knew my body more than any nutritionist did. No matter how many nutritionists I’ve worked with, I know how my body reacts to certain things and I know the way I can cut weight the easiest, the best, and the fastest. And I tried to complicate things by adding in too many people just to make things easier throughout my career.

“So, as of right now, I’m just doing what got me to the show, doing what I used to do with a little bit of guidance from … the nutritionist for the UFC Performance Institute. So, just consulting with him, he’s going to just kinda monitor everything, make sure I’m doing everything right and I make sure I stay on my food, make sure the biggest thing is recovery after training, things like that. But other than that, right now, where my weight’s at, I don’t need a nutritionist. I’m just going to do what I’ve done before.” While Ray Borg’s choice to forgo a nutritionist is likely to generate some controversy, there’s no denying he knows his body best.

Do you think Ray Borg can pull off an upset for the ages opposite Mighty Mouse?