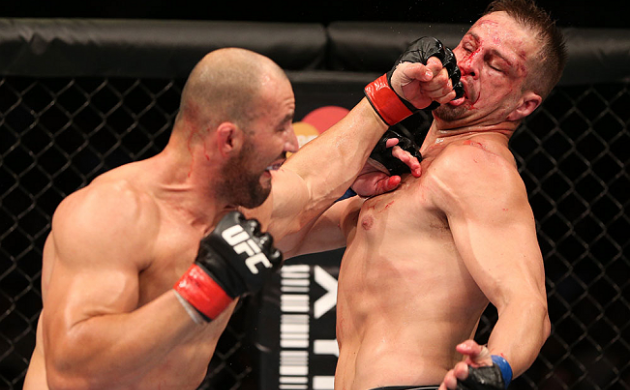 The injury bug strikes again and this time it’s Mauricio “Shogun” Rua that gets bit.

Glover has had a pair of great wins in his last two outings . He easily defeated Ovince Saint Preux back in August, and beat Patrick Cummings in November.

The former contender needs this win to put him back in the top of the light heavyweight division.

This is a much tougher test for Evans than Shogun would have been. Evans was out for over a year after knee surgery, and lost a decision to Ryan Bader back in October.

Evans has his back against the wall, and needs this win if he ever hopes to battle for the title again.