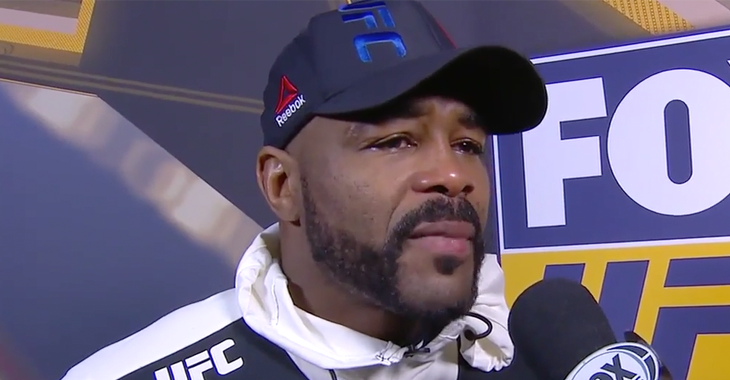 Rashad Evans will be making his middleweight debut against Tim Kennedy at UFC 205 next month, and the former light heavyweight champion is feeling like the new kid on the block.

Check out what he had to say about his upcoming drop to 185 pounds!

“At one point (in my career), I was just really, really focused on fighting, and everything revolved around fighting and just making sure I was steady growing,” Evans said. “But then I got to the point where I was doing really well, and it was kind of effortless because of all the work I put in before.”

“Then life kind of took over, and just different aspects of my life really started to pull me away from that mindset that got me to where I was at and really got me to being the name that people come to know. I got a divorce, started another relationship, had a kid. All these different things add weight on. The fight with Kennedy will certainly close a long chapter in the former champion’s career. Evans won the light heavyweight title back in 2008 after finishing Forrest Griffin with strikes at UFC 92.

Evans most recently dropped a disappointing loss to Glover Teixeira by knockout in April. “Suga” Rashad  amazingly began his career fighting at heavyweight, winning season two of the Ultimate Fighter, where he defeated  fighters much larger than him to win the show.

“Dropping to 185 is the best thing for me because for the first time I’ve got to really make sure I’m doing everything correctly as far as taking care of my weight,” Evans said. “I’ve been flirting around with the idea for years now. I never was the biggest light heavyweight. I’d come in maybe five or 10 pounds (over the 205-pound limit) at the most on fight week. Meanwhile my competition was coming in 15, 20 pounds heavy. So they were cutting a lot more.”

How do you think Rashad Evans will look at 185 pounds? Will the weight cut prove to be a good career move? Sound off, PENN Nation!