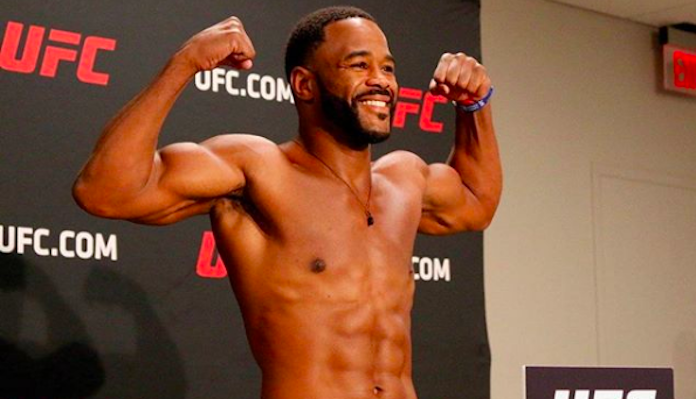 Shortly after Rashad Evans was knocked out by Anthony Smith on the undercard of UFC 225, UFC President Dana White summoned him backstage to talk. White considers Evans an MMA legend, but felt a conversation was in order.

“When he lost, I had him come back to my room,” White said at Saturday’s UFC 225 post-fight press conference (via MMA Fighting). “We hung out and talked, and yeah, it’s sad. Rashad was on season two of The Ultimate Fighter, so he was around through the whole building of this company. We all get old, man, and this is a young man’s sport. But if you look at what he [did], he won The Ultimate Fighter, he became a world champion, he [built] this team where he was like the guy and built all these young up-and-coming fighters. He’s been in big, huge fights.

“He’s been on the ride with us the whole way and he got to close it out in his hometown of Chicago, so not a bad run.”

Once White and Evans were behind doors, Evans allegedly divulged that he planned to retire. White, however, says we should wait to hear this from Evans himself.

“And obviously after a fight like that, he’s super emotional too. So yeah, I hope he does.”

While Evans has not announced his retirement just yet, he did elude to the uncertainty of his future in a lengthy post-fight statement to Instagram.

“At one time FIGHTING was bigger than LIFE,” Rashad Evans said in his post. “Now LIFE is bigger than FIGHTING. It was easy to FIGHT for me because I came into this world raising hell FIGHTING. Then LIFE over time swaddled me like a parent does a screaming child and calmed me until I could see there was nothing to scream about. LIFE reveals to us all one day its beauty and its GRACE. Part of its beauty and GRACE is SURRENDER. Not SURRENDER in the way we think but a yielding nature that allows LIFE’S true beauty to be seen without non attachment. Only through non attachment can we truly see the beauty of LIFE and its random but beautiful balance. Our attachments in LIFE gives us the pain that make LIFE unbearable at times. Those attachments keeps us all pretending to some degree even though we are scared to death of what tomorrow can bring.”

“I am at peace at what happened last night,” he continued. “I am a true FIGHTER at heart and there is no greater peace than when I get a chance to bare my soul for millions to see. 24 times I was successful and I experienced heights I never would’ve dreamed were possible and 8 times I came up short. Those 8 times I came up short laid the true seeds of growth as a person. In each one of my defeats I learned more about LIFE which made me into the person I was destined to be. I thank my opponent Anthony Smith for giving me yet another chance to grow as a person. As for my future I do not know where I will go from here but I never did know anyways. I was just making it up as I went along.

“I joke but in reality that is the truth. In actuality none of us know what is ahead from one moment to the next. We all just hope it’s something we want. Sometimes it is something we want and some times it isn’t. But the secret in LIFE is accepting both as if you chose them. Which is true Alchemy. In the End what will be will be because that is all LIFE has ever been. Everything else is an illusion of the mind. I am well and I am beyond blessed for those of you waiting to text to me and don’t know what to say… (the first text is always awkward after someone has been ko’d). ‘Do I say good job, nice try, I love you or everything will be ok’… Have a blessed day.”

Do you think it’s time for Rashad Evans to hang up the gloves?