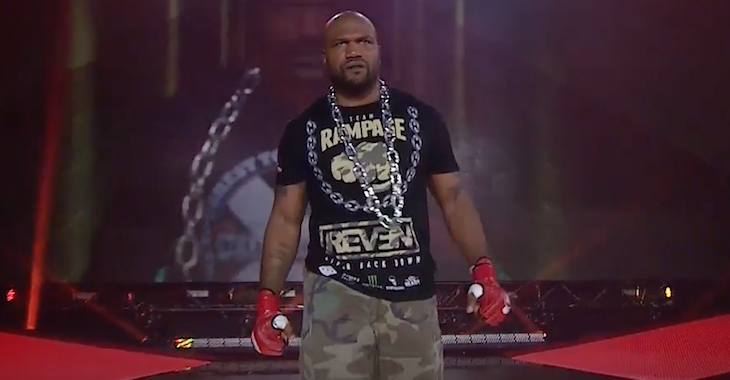 Back in 2013, former UFC champions Rampage Jackson and Tito Ortiz were supposed to fight under the Bellator MMA banner. Unfortunately, Ortiz was injured during his training camp, and was forced to pull out of the fight.

The promotion never rebooked the fight, which was fine with Rampage given that the pair are friends. Following Rampage’s Bellator 157 win over Satoshi Ishii last night, Jackson gave his thoughts on what could be next, mentioning a potential fight with Tito Ortiz.

“‘King Mo’ wants me to fight my boy Tito,” Jackson said at the post-fight press conference. “He must really not like Tito. King Mo told me that if I fight Tito, then he’ll fight Ishii, because I think that’ll be a good fight, King Mo vs. Ishii. Because they both fight the same. Just sayin’.”

“Tito, we were supposed to fight,” Jackson said. “I really didn’t want to fight him then, but it’s my job to fight. If Tito wants to fight, I think we’ll come in and put on a good show. It’ll suck to knock my friend out, but I gotta get a knockout. I gotta get a knockout. I’ve gotta knock somebody out. I’ve gotta knock somebody out. If Tito gets in the cage with me, you know I’m gonna try to knock him out. It would suck to beat up one of my friends, but if Tito wants to do it, then we can do it. If not, I ain’t gonna cry.”

While Rampage Jackson is coming off a win over Satoshi Ishii, and is on a 5-fight win streak, Ortiz is coming off the first loss of his Bellator MMA career at the hands of Liam McGeary via submission back in September.