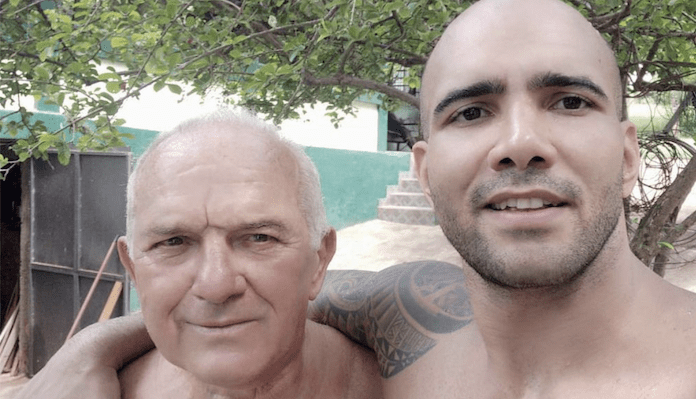 Bruno Cappelozza reacted after learning his father passed away just minutes after winning the PFL heavyweight title and $1 million.

Cappelozza defeated Ante Delija in a five-round heavyweight slugfest to win the PFL heavyweight championship and the $1 million grand prize. Just minutes after Cappelozza won the heavyweight tournament, the broadcast revealed that his family told him following his win that his father, Joao, passed away on Sunday. Cappelozza’s family wanted him to stay completely focused on his fight against Delija and they did not tell Cappelozza that his father had passed away until after the fight. It was an incredibly emotional moment for Cappelozza, and following the event, he took to his social media to react to the sad news.

Happiest and Saddest day of my life, I didn’t know I had lost my greatest love and friend of my life. Thank you for everything, things that only God can explain, I love you beyond life, thank you for teaching me to be this human being that I am hj, this waist is yours my old man. I love you Too much that you make a good Journey beside God jaja let’s meet love you.

Cappelozza is an 11-year MMA veteran who has fought for promotions such as Jungle Fight and RIZIN before making his way to the PFL. During this PFL season, Cappelozza won three fights including a KO over Delija earlier in the tournament to make it all the way to the finals. Following a classic fight with Delija in the finale — go back and watch this incredible fight if you haven’t — he is now $1 million richer and a bigger name to sports fans. It’s just very unfortunate that his father was not there to watch him win the biggest fight of his life.

What do you think is next for Bruno Cappelozza after defeating Ante Delija at the PFL Championship?