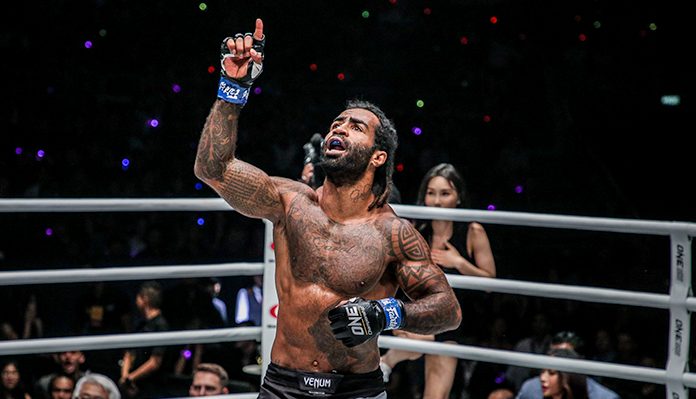 Tournaments and Grand Prix are excellent for martial arts promotions. It hearkens back to the golden days of competition in a variety of combat sports. ONE Championship is capturing that magic with its various ladder-style tournaments.

Saygid Guseyn Arslanaliev has already secured himself a spot in the lightweight final on the strength of two KO victories over Ev Ting and Amir Khan. Arslanaliev will face the winner of the Timofey Nastyuhkin vs. Honorio Banario semifinal, which takes place in Manila this August.

The flyweight Grand Prix is into the semifinals with favorite Demetrious “Mighty Mouse” Johnson, Tatsumitsu Wada, Danny Kingad and Kairat Ahkmetov all still alive in their respective brackets.

As we watch those two tournaments unfold, it makes sense to ponder a Grand Prix in other divisions with ONE Championship. If there was a ONE Welterweight World Grand Prix, here’s how it should look:

If there is a top seed in the bracket, you’d think it would be Kyrgyzstan’s Abbasov.

The 25-year-old is in line for a shot at Zebaztian Kadestam’s title outright, but if he were involved in a Grand Prix, he comes in with arguably the best credentials. He’s 21-4 with 14 finishes and currently on a three-bout win streak.

His only loss came via unanimous decision to veteran Luis Santos back in March 2018. Since then, he has stopped Agilan Thani, Yushin Okami and won a decision over Nursultan Ruziboev.

After Thani defeated Japanese legend Yoshihiro Akiyama last weekend at an excitement-filled ONE Championship event in Shanghai, the Malaysian looked rejuvenated and could give Abbasov a tougher out this time around. The last time they met, Abbasov dominated Thani en route to scoring a first-round submission.

Thani is still just 24, so he has loads of room and time to improve. If he’s back to form, then a rematch with Abbasov is must-see TV.

In March at ONE: Reign of Valor, Kichigin was doing very well against reigning ONE Welterweight World Champion Zebaztian Kadestam, up until he was caught with a hard elbow at the end of the second round. Kichigin was unable to answer the bell for the third frame and lost by stoppage.

He’s a heck of wrestler who still has something to prove with ONE, though he had a stellar start to his career before his debut against the champion.

McGuire faced and lost to Kadestam via fifth-round KO. The two were battling for the title vacated by Ben Askren’s departure in the historic trade that brought Johnson to ONE Championship. McGuire would probably love another chance to win a world championship.

It’s been nearly a year since Park competed, but he was making noise with ONE Championship through his first two competitions with the organization. He began with ONE Warrior Series but graduated to a bout with veteran Trestle Tan.

Park won by unanimous decision in July 2018, and if he’s healthy, he’d be an excellent fit for the Grand Prix. An intriguing matchup for him might be Cosmo Alexandre. The Brazilian just scored a stunning 29-second KO of ballyhooed American Sage Northcutt in May at ONE: Enter the Dragon.

Alexandre is a noted striker who has extensive experience with a variety of disciplines. His name has a real buzz coming off a highlight-reel KO of a high-profile opponent. A battle between him and Park could be explosive, and one of the more exciting quarterfinals matches in our little makeshift Grand Prix.

The only undefeated competitor in this fictional field is Nakashima. The American carries an 11-0 perfect record. He’s not a prolific finisher as he has just one win by stoppage in his professional career.

That said, the 30-year-old is well-rounded and challenging to hurt in stand-up or on the ground. His most recent success came against Santos at ONE: Roots of Honor in April. Santos suffered an injury in the second round and could not continue.

Because the ending of their bout was a bit anticlimactic, it makes sense to run it back. Nakashima might be focused on getting a stoppage as his inability to finish opponents is one of the few areas of his game that gets criticized.

With this bracket, it’s possible for semifinal matchups like Nakashima vs. Alexandre and Abbasov vs. Kichigin. Perhaps the finals would wind up being Nakashima vs. Abbasov.

However, as we’ve seen, the Grand Prix matches can also deliver a few surprises. Few fans saw Nastyukhin’s victory over Eddie Alvarez coming. Even in other combat sports under the ONE banner, we’ve seen some shockers in a Grand Prix.

Yodsanklai IWE Fairtex was upset in the quarterfinals of the ONE Featherweight Kickboxing World Grand Prix by Samy Sana. Fans would love to see how a ONE Championship Welterweight World Grand Prix would unfold.