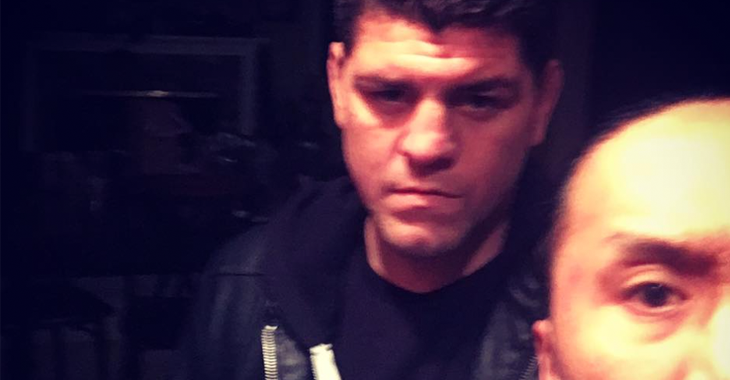 It appears that UFC fan favorite Nick Diaz may be preparing to return to competition soon.

The elder Diaz brother was spotted in a social media post by Jose Garcia, who works on strength and conditioning for the Diaz brothers.

Garcia posted a photo with Nick and said in the caption, “Guess who is back?
Getting my dude ready for 2017💯👊🏽✌🏽️
#teamdiaz #BBJ #BBJRECOVERY”

Both Silva and Diaz were suspended following their hearing with the Nevada Athletic Commission and Diaz has been eligible to fight since August but made it clear that he was only returning for a fight against a big name or if there was a big payday behind it. Who would you like to see Nick Diaz matched up against for his return to the Octagon in 2017? Give us your list of dream matchups in the comment section for the Stockton scrapper!