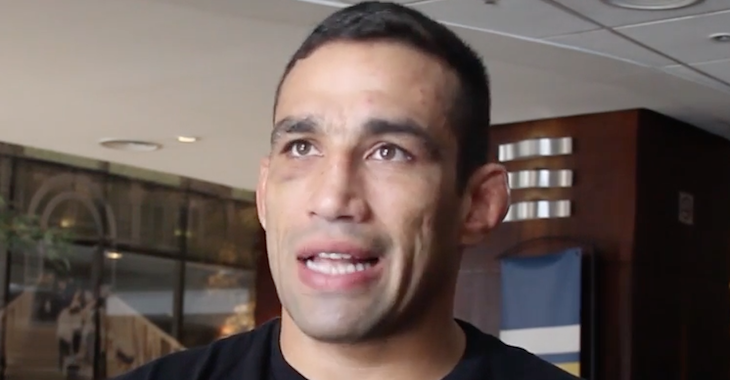 Unfortunate news surfaced this week that former UFC heavyweight champion Cain Velasquez had been forced out of his scheduled UFC 207 rematch with Fabricio Werdum this Friday. While the fight was expected to see one man crowned the heavyweight #1 contender, Velasquez was pulled from the fight after it was determined that he was medically unfit to fight due to a back injury he dealt with throughout training camp.

Leading up to the bout, Velasquez was very open about the fact that throughout training camp, he used CBD Oil to manage his pain from an injury which would require back surgery just days after his UFC 207 scrap with Werdum.

With just days to go until UFC 207, Junior Dos Santos, who is scheduled to fight Stefan Struve in February, is looking to step in on short notice and fight Werdum at UFC 207.

Werdum spoke in an interview with MMAFighting, saying:

“What ‘Cigano’ said was a bit weird,” Werdum said. “‘Cigano’ has been chasing me for a long time. You usually go after the belt, not a fighter. I think that’s weird. I wasn’t offered this (fight). He’s saying I turned it down. I’d fight him just to end this story of him chasing me.”

“Some people think he’s jealous because I became champion beating his ‘dad’ Cain Velasquez, but I don’t think that’s the case,” he continued. “I think he didn’t come out of the closet yet. I don’t have anything against homosexuals, but ‘Cigano’ needs to get out of the closet. He must have something because he won’t forget me. I already told him I’m married. Nothing against gays, but everyone does their own thing.”

Given that we have officially kicked off fight week for UFC 207, it is very unlikely that the UFC will tap Junior Dos Santos to step in and fight Werdum on such short notice at this point.