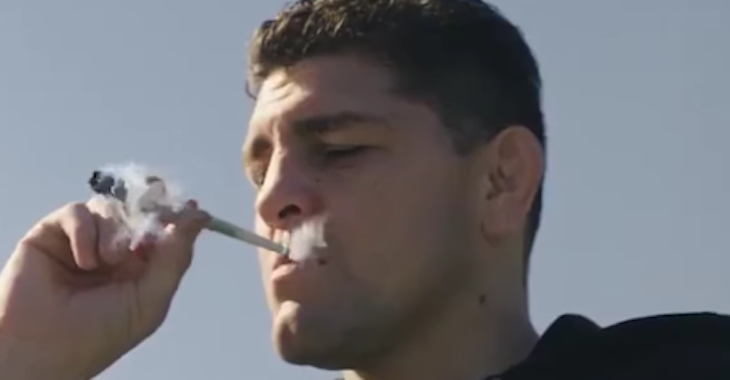 Former Strikeforce welterweight champ and eternal fan favorite Nick Diaz has not been seen in the Octagon since January of 2015, when he gave up a decision to Anderson Silva in a fight that was ultimately ruled a no contest after he tested positive for marijuana, and Silva tested positive for more serious banned substances.

Given his lengthy layoff, there is increasing doubt that Nick Diaz will ever return to the cage. UFC President Dana White, for example, is not optimistic.

“I highly doubt it,” White recently told MMAJunkie.com when asked about a Nick Diaz comeback. “I don’t know. I honestly don’t think that, and I can’t speak for him, you’d have to speak with Nick himself, but if you ask me – people ask me, ‘Do you think Ronda (Rousey) is coming back?’ No. I think Ronda’s going to retire. Ronda hasn’t retired, but my opinion is, I think she will. I don’t think Nick Diaz will ever fight again. I just don’t think he has the desire anymore.”

While Diaz isn’t cashing any UFC checks these days, he’s making ends meet in other ways – namely by partaking in the booming marijuana industry. Unfortunately, this sort of activity doesn’t exactly jive with the rules of the United States Anti-Doping Agency (USADA), who oversee drug-testing in the UFC. In fact, Diaz says USADA carefully times their visits to him so that they overlap with his marijuana-related work – which of course tends to involve smoking.

“[USADA knows] where I’m at though,” Diaz told My MMA News. “Somebody over there is not doing their job. I mean realistically, they showed up to one of my dispensary signings. Like I said, I gotta do what I can with what I have to work with when I’m not fighting. The whole cannabis industry thing is a hit right now, so yeah, I’ll book an appearance over there and I’ll go and smoke a bunch of weed and it’s a good time. So of course, word is out I’m gonna be here, they show up.”

Do you think we’ll ever see Nick Diaz back in the cage?