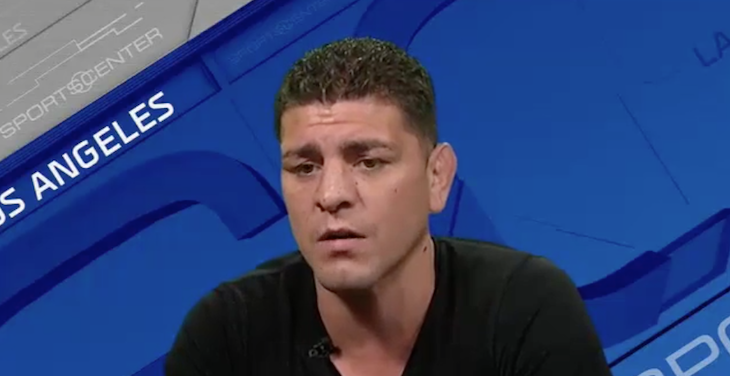 News surfaced Wednesday afternoon that Nick Diaz was jumped early Wednesday morning in Las Vegas at the Hyde nightclub in the Bellagio hotel.

The initial report stated that, Diaz was on his way to the bathroom, when he accidentally bumped a man. When Diaz apologized, the man’s three friends jumped in and started a massive brawl on the casino floor of the Bellagio, with employees being caught in the middle.

While many blamed Diaz for the altercation, ESPN’s Brett Okamoto received a statement from a rep at the nightclub corroborating the initial report.

Spoke to a rep from the club who confirmed Nick wasn't the problem. Exact words, "Nick was very well behaved." 😇 https://t.co/Fs2HVwZHWj

In addition, Damon Martin from Fox Sports received a statement from the nightclub regarding the situation:

Statement from Hyde at the Bellagio about Nick Diaz:
"We enjoyed having Nick with us and he is always welcome at Hyde."#UFC