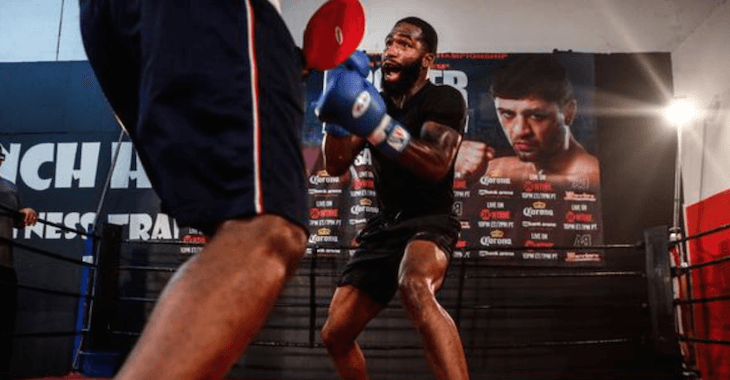 On August 26th, undefeated prizefighter Floyd Mayweather will put his 49-0 record on the line as he steps into the ring at the T Mobile Arena against Conor McGregor in what many expect to be the biggest combat sports pay-per view event of all time.

If Adrien Broner has his wish, he will be fighting UFC lightweight superstar Nate Diaz on the same exact card. “Depending on the punishment I take (in) this fight … if I come out unmarked like I usually do, I’d be willing to fight on Floyd’s undercard against Nate Diaz…I’m just talking. But if we can make it happen, let’s do it though.”

Nate Diaz of course has been absent from the Octagon since his UFC 202 majority decision loss to McGregor which snapped a 2-fight win streak that saw him pick up a dominant unanimous decision win over Michael Johnson before then picking up a 2nd round submission win over Conor McGregor at UFC 196 in a massive upset.

Broner then shifted gears, speaking about the McGregor-Mayweather fight, which has many fans split down the middle in regards to their predictions.

“It’s a huge fight. I think it’s going to be a very entertaining fight. McGregor, he’s won most of his fights standing up, punching. If you ask me, he’s got a punchers chance. I’m happy for Floyd Mayweather. They got the job done. I think it’s gonna be a more competitive fight than what people think.”

Only time will tell if McGregor is able to hand Mayweather his first professional loss.