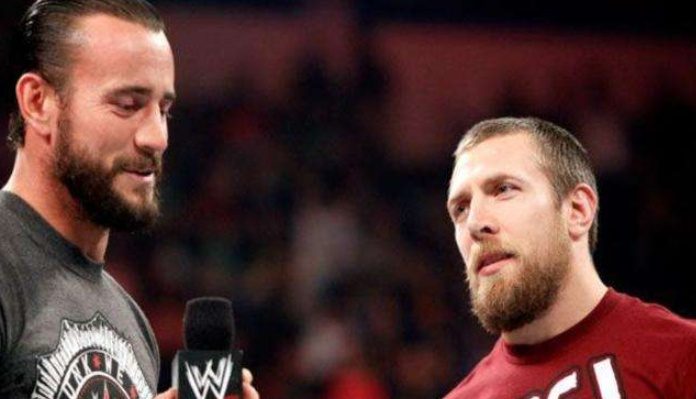 At UFC 225 this past Saturday, we saw the CM Punk experiment’s likely end. The former WWE star fought Mike Jackson in a losing effort.

Of course, now that we’ve seen the ridiculousness of it all, it will prompt future questions for current WWE stars like Daniel Bryan…who was recently asked on an Instagram live video if he thinks he could beat CM Punk’s most recent opponent in a fight.

“I could beat him on the ground, for sure I think. If WWE were to let me fight in the UFC, then maybe.”

Bryan is one of the WWE’s top stars and wrestles similarly to how Punk did which includes a lot of MMA related moves and techniques. Bryan even did some MMA training while he wasn’t cleared to compete in the WWE due to concussion issues.

During that time he trained down at The Lab in Glendale, Arizona where former WEC and UFC lightweight champion, Benson Henderson claimed that he was very impressed with the WWE star.

“He was out with some injuries in WWE,” Henderson told Uproxx. “He came to our gym and moved up to blue belt in jiu-jitsu under my coach John Crouch. Every time I go in there, he’s working his butt off. I heard he was pretty strong and actually surprised me with how technical he is. A lot of guys have a hard time learning all those techniques. I heard he was really great at being able to use his technique and not relying on his strength. He’s smooth and does jiu-jitsu really well.”

If we go by Henderson’s words then Bryan might have some reasons to be confident. Mike Jackson however, was not amused as he responded to Bryan on Twitter.

Hey, @WWEDanielBryan, don’t let your mouth write a check your ass can’t cash. You don’t want to get potatoed like your mans did at #UFC225. https://t.co/5ODbOgXhZ5

Hey, @WWEDanielBryan, don’t let your mouth write a check your ass can’t cash. You don’t want to get potatoed like your mans did at #UFC225.

The likelihood of something like CM Punk vs Jackson happening again seems very low after seeing the end result. And that’s not to mention Dana White’s displeasure with Jackson as well.