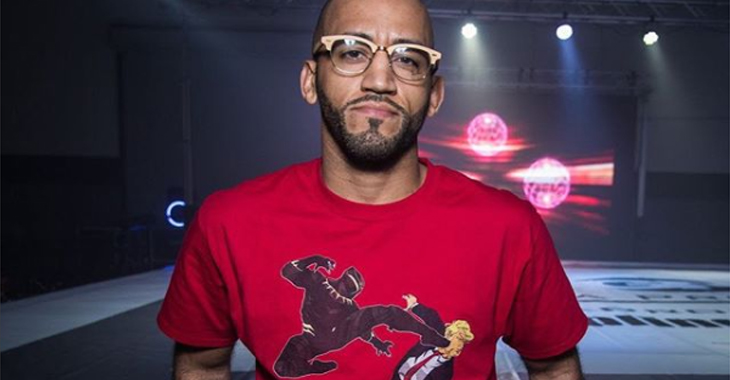 It’s fight night. You’re sitting at home watching all the violence and drama, scrolling through Twitter. A crack echoes through the arena and after your fire emoji reactions to the knockout eventually disappear down your feed, the photos roll in and you relive it all over again. It all goes down in a blur of flesh and blood for the fighters in the cage, but the camera freezes the blip in time. They are both extremely different and unique experiences. In the Venn diagram of fighting and combat photography, UFC’s Mike Jackson exists right in the overlap.

“I loved taking pictures as a kid. After some time in fighting, I knew I couldn’t compete forever and needed something to fall back on. I knew I wanted to work in combat sports but my degree is in a different field. Thinking more like an artist — I do feel fighting is an art — I picked up my camera and started shooting.” — Mike Jackson speaking to BJ PENN’s own Justin Golightly. When headkick queen Sabina Mazo made the crowd’s jaws drop yet again back at Legacy Fighting Alliance 23, Jackson was there to capture the outpouring of emotion just after. This week as Derrick Lewis prepares for Marcin Tybura at UFC Austin, Jackson was there to peer back into the thousand-yard stare of a man in fight camp. He immortalizes the chaos of a scrap, as well as the calm before the aftershocks. While there are many who snap moments in combat, very few actually strap on some gloves and get inside the cages they photograph. Mike ‘The Truth’ Jackson thinks this gives him an insight that some others might not be clued into.

Some shots from this morning training session with @Thebeast_ufc ahead of his co-main event bout at #UFCAustin next week. pic.twitter.com/nKIUHj3ERJ

“Although I never shot any sort of fighting. Being a fighter myself and recognizing things that a general photographer might not catch, helped me get good at it fast. As far as the art in violence, absolutely. It’s a great feeling to see your images hung up in someone’s home or gym; it’s a beautiful thing, the image and violence.” — Mike Jackson.

The world of fighting moves fast. In this day and age, you’re only as good as your last fight. No matter how amazing a career a warrior records, the years always catch up. It’s not just the sands of time that threatens to cover the inadequately documented history of MMA, but also the infinite treadmill of social media that rolls back as we march into the future. Combat sports photographers not only slow down the lightning fast moments in the present, but makes sure to preserve a past that we can revisit. As a fighter, Mike Jackson is doing his part on both sides of the battlefield.

“My favorite shots are bloody faces and the post-fight emotion shots.” All images by Mike ‘The Truth’ Jackson Photography.