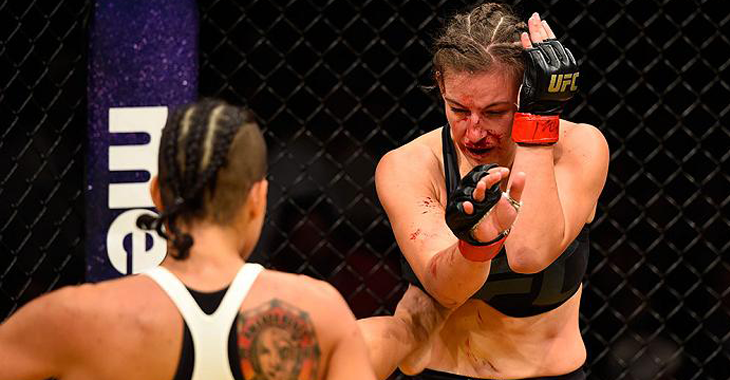 Nunes caught Tate early on with some clean strikes that had Tate on the defense trying her best to recover. Nunes ultimately got Tate in a rear-naked choke and tapped “Cupcake” at 3:16 of the first round.

Tate suffered a broken nose in the bout and faces a medical suspension term of six months unless the broken nose is cleared by a doctor. The former champ was given a minimum suspension of 60 days with no contact for 45 days.

Tate updated fans on Snapchat with some sunglasses on and looked to be in good spirits. Who will be next for Miesha Tate? Share in the comment section who you would like to see Tate meet next in the Octagon when she returns to competition.