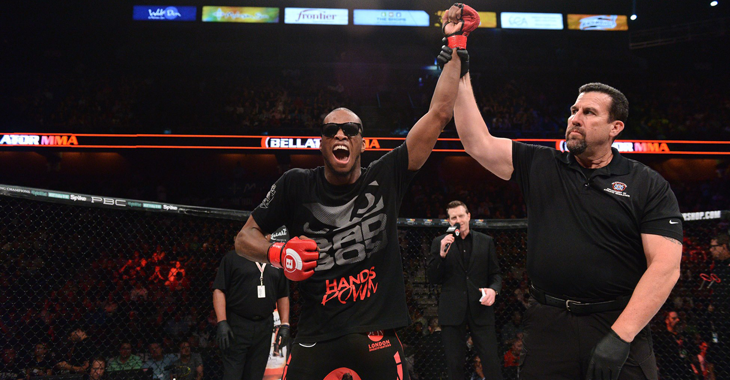 Michael “Venom” Page – also known simply as “MVP” – has long stood out as one of Bellator’s most exciting young stars. Look no further than his recent, skull-smashing knockout of Evangelista “Cyborg” Santos for the reasons behind this reputation. When Page stepped onto the canvas with Fernando Gonzalez at Bellator 165 in San Jose, California, however, his reputation for excitement was dealt a pretty severe blow.

In a performance that was reminiscent of Anderson Silva’s lackluster defeats of Thales Leites and Demian Maia, Page showboated, danced and generally failed to engage over the course of the three-round fight. Though he clearly possessed the ability to out-strike his foe, his refusal to put the pedal to the medal resulted in a fight that was fairly difficult to score – as evidenced by the judges’ split verdict.

In the end, Page walked away with the split decision win, but he certainly didn’t gain any fans in doing so. In fact, the Englishman could very well have lost a few. In a post-fight interview with MMAFighting.com, Page discussed this performance, and explained that he doesn’t take responsibility for its boo-inducing nature.

“Normally, I put on a show,” he said. “People have high expectations. I had a bad day at the office.”

Do you think Page should take responsibility for this less-than-stellar performance, or does the fault lie in Gonzalez’s corner? Sound off, PENN Nation!