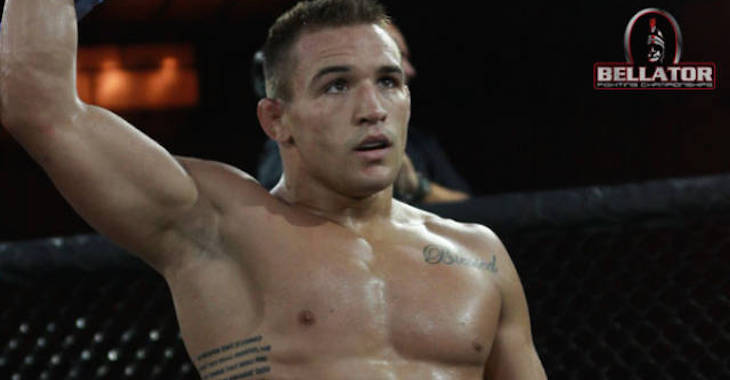 On Saturday night, Bellator MMA returned to the SAP Center in San Jose, California with Bellator 165.

In the card’s main event, reigning Bellator lightweight champion Michael Chandler attempted to defend his title against former WEC and UFC lightweight titleholder Benson Henderson. Though Chandler would ultimately succeed on this mission, Henderson did not make it easy for him.

The most decisive rounds of the fight were the first and fifth. The first clearly belonged to Chandler, who dropped his foe with punches on more than one occasion, and scored with an incredible suplex that is sure to make the rounds on social media for days to come. The fifth, meanwhile, belonged decisively to Henderson, who threatened his exhausted foe with ground and pound and submission attempts as the seconds melted off the clock. While the first and fifth frames were fairly easy to score, the middle three rounds were not so clear-cut. Though they seemed to belong to Chandler, they were all fairly competitive. The end result, then, was a tough task for the fight’s three cage-side judges.

The competitive nature of this fight manifested itself in a split decision. In the end, that decision was awarded to Chandler, who now stands at 16-3 overall. Given the competitive nature of this scrap, the Bellator lightweight champ’s next challenge could be a rematch with Henderson, who now owns an overall record of 24-7-0. That said, Chandler also made sure to call out San Jose’s own Josh Thompson in the wake of the win, which is another possibility for his next bout.

Who would you like to see Chandler and Henderson fight next? Sound off, PENN Nation!