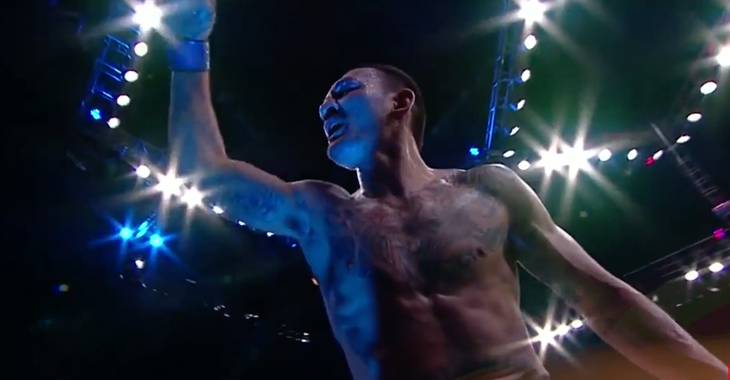 There’s already a big fight booked for March and Max Holloway is wasting no time getting out the message. In a redo from UFC 218, he’ll be squaring off with multiple time UFC featherweight title challenger Frankie Edgar at UFC 222. He’s already dug into Edgar on Twitter and in the recent press conference, but now he’s warning both him and the entire city of Las Vegas. This is a message from emergency broadcast system giving you the heads up on a ballistic Max Holloway threat.

“There’s a lot of history between Frankie [Edgar] and Hawaiian fighters. I’m going out there to bring one back home, and hopefully next time the UFC will bring my ass all the way back home. Fighting out in the ninth island of Las Vegas is nice, but I want to fight in Hawaii. First thing is first, and ‘The Answer’ is back up, and I got questions for the man. Let’s see if he can answer them for me.” — Max Holloway speaking to FloCombat.

This is a tongue-in-cheek joke directed at the false alarm missile threat that happened to Hawaii. Holloway tweeted and released multiple videos about the threat and now Moskova and Max have re-purposed the meaning and are turning the fiasco into a t-shirt. Back before UFC 218, the two combined forces to make one of the most creative MMA shirts of all-time with their Tupac homage. It looks like they intend on working together on each fight from now on and you won’t see us complaining. You can go ahead and purchase the shirt now and the orders will ship January 29th.