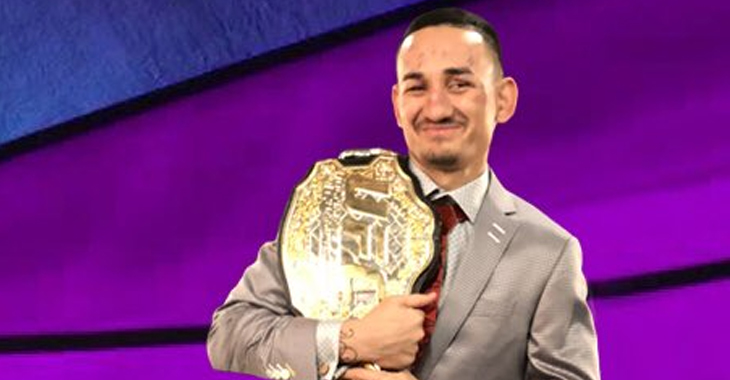 There’s a huge fight card coming up this weekend, but don’t neither fighter involved in the main event at UFC 222 are going to let you forget that they’re a couple of months away. Max Holloway was quick to cleverly use Frankie Edgar’s ‘The Answer’ nickname in interviews and Edgar countered that he indeed had the answers to Holloway’s questions. Recently the UFC featherweight champion took their exchange to a whole new level with this amazing Jeopardy photoshop.

“BJ Penn and I have history, but Max [Holloway] is just another opponent, man. He could be from Wyoming for all I care. It doesn’t matter to me. I know he’s a very tough competitor and he’s the champion. He’s been proving his worth as the champion, and that’s going to make it all the more better when I go and get that belt from him. If he has questions he’s coming to the right guy for the answers. I’m like ‘Jeopardy’ — ‘What is… I’m gonna whoop that ass.’ That’s the answer he’s coming to find.” — Frankie Edgar speaking to FloCombat.

“There’s a lot of history between Frankie [Edgar] and Hawaiian fighters. I’m going out there to bring one back home, and hopefully next time the UFC will bring my ass all the way back home. Fighting out in the ninth island of Las Vegas is nice, but I want to fight in Hawaii. First thing is first, and ‘The Answer’ is back up, and I got questions for the man. Let’s see if he can answer them for me.” — Max Holloway speaking to FloCombat.

Looks like Frankie Edgar even owes Alex Trebek money. Also, is he stooping down, or is Max Holloway really a whole foot and a half taller than the former title challenger? They did Edgar dirty on this one. However, he’ll have many chances to get his revenge over social media as we wait for March 3rd. That’s when the real chance for payback begins and Edgar’s shot once again to get another UFC belt. They should just go ahead and call UFC 222 ‘Final Jeopardy’.