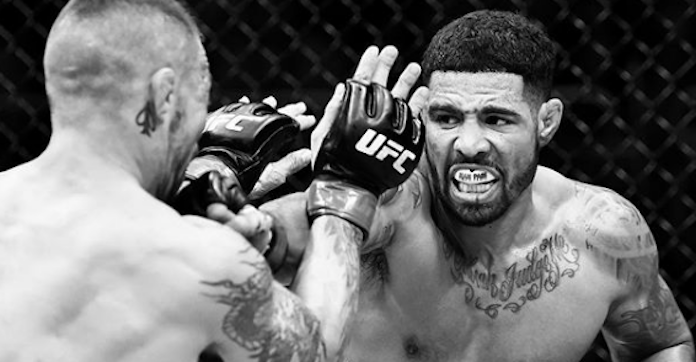 When Max Griffin stepped into the Octagon with “Platinum” Mike Perry on Saturday night in Orlando, he did so as a significant underdog. In the end, however, he came out on top, busting Perry up to an impressive unanimous decision victory.

While this win certainly surprised MMA oddsmakers, and seemed to surprise many fans, it was no surprise for Griffin and his team, who feel Perry has become a little predictable in his approach to fighting.

“I told you guys,” Griffin told MMAJunkie shortly after his victory. “I did an interview with you guys earlier in the week, and I told you guys what I was going to do. He’s a good fighter, but he’s so predictable. He fights with his motion. He’s so obvious with what he’s doing, and he did exactly what we thought he was going to do.”

That said, Perry did surprise Griffin in one way.

“The only thing that was a little bit different was how hard of a head he had,” Griffin added. “I kind of busted my hand hitting him. I hit him with some shots… and he was just still there.”

Though Perry impressed Griffin with his durability, Griffin feels Perry was pretty much toast from the moment his first, gushing cut opened up.

“When you’re bleeding that early and see your own blood, it kind of takes something out of you,” Griffin explained. “I talked to the doctor (after the fight), and he said he had nine cuts and he lost count of the stitches. His face was like hamburger. It was bloody, and it felt great.”

With this win over the ever-dangerous Mike Perry, Max Griffin rebounds from a decision loss to Elizeu Zaleski dos Santos. Who do you want to see him fight next?