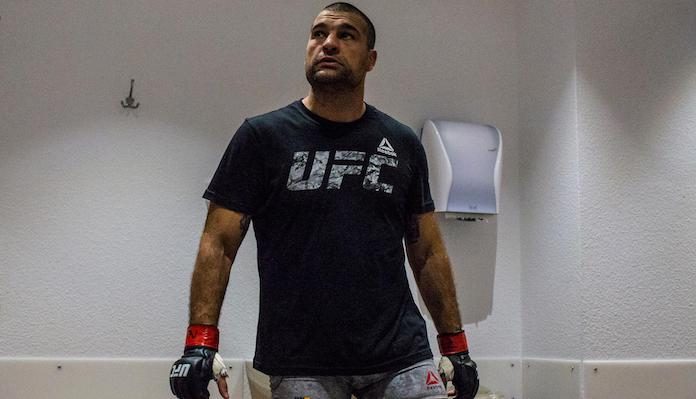 Former UFC light heavyweight champion Mauricio “Shogun” Rua will reportedly return to the cage at UFC Adelaide on December 2, where he’ll take on Australia’s own Tyson Pedro in a compelling light heavyweight showdown.

This matchup was first reported by ESPN.

For Shogun, this bout represents the opportunity to move past a tough, knockout loss to Anthony Smith, which occurred in the main event of the UFC’s July visit to Hamburg, Germany. This knockout loss was preceded three-straight wins for the Brazilian — a third-round TKO of Gian Villante and a pair of decision defeats of Corey Anderson and Antonio Rogerio Nogeuira. Shogun is 25-11 in sum.

Tyson Pedro, meanwhile, is also riding a loss. This loss came courtesy of light heavyweight finisher Ovince Saint Preux, who tapped the Australian with an armbar in Singapore in June. In his next most recent fight, Pedro defeated Saparbek Safarov with an impressive first-round kimura. This win, meanwhile, was preceded by the first loss of his career: a decision defeat to Swedish contender Ilir Latifi. Tyson Pedro is 7-2 overall.

The UFC’s return to Adelaide is expected to be headlined by a heavyweight showdown between former champion Junior “Cigano” Dos Santos and rising Australian contender Tai “Bam Bam” Tuivasa. The card is also expected to feature the final UFC bout of heavyweight legend Mark Hunt, who’s been linked to a fight with all-action heavyweight prospect Justin Willis.

Who do you think will come out on top when Shogun Rua and Tyson Pedro collide at UFC Adelaide this December?