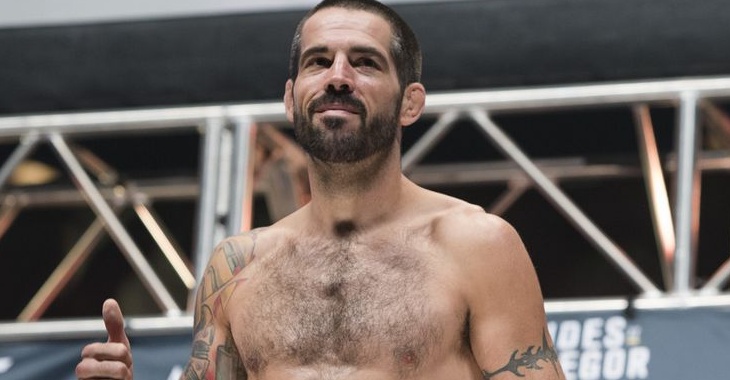 November 11, 2017: The event was UFC Fight Night 120 from Norfolk, Virginia. Matt Brown went up against The Ultimate Fighter season one winner, Diego Sanchez in what everyone expected to be Brown’s last fight. However, after defeating Sanchez with a sensational elbow knockout, Brown has been on the fence about calling it a career.

At UFC 219, we saw the return of one of MMA fans’ all-time favorites when Carlos Condit took on Neil Magny. Unfortunately for Condit, he couldn’t pull out the victory in his return after being on the shelf since Summer of 2016. But now that Condit is back and presumably going to stick around, Matt Brown told viewers on the Fight Society Podcast that he would hate to miss a chance at fighting the Natural Born Killer.

“Maybe it’s time for me and him(Condit) to lock horns, I’d love to fight him. I’ve got so much respect for him. Of course I’d love to. Everybody would want to see that fight. It was supposed to happen before. We’ll see what happens. That’s definitely one people would want to see no matter what. It would be a fight for the ages. Now it would certainly be a fight that would make me want to come out of semi-retirement.

I haven’t made any decisions on anything but that would be one that would probably wake me up and get me out of bed. We’ll see what happens,” Brown said. “Maybe Sean Shelby will be listening in and give me a call next week.”

It’s pretty hard not to disagree with Brown on that one! You might not be a true MMA fan if you don’t like the sound of this matchup. Better late than never as they say. Condit and Brown were supposed to fight all the way back in 2013 at UFC on Fox 9 but Brown was forced out due to a back injury. The fight was never put back together after Brown’s injury.