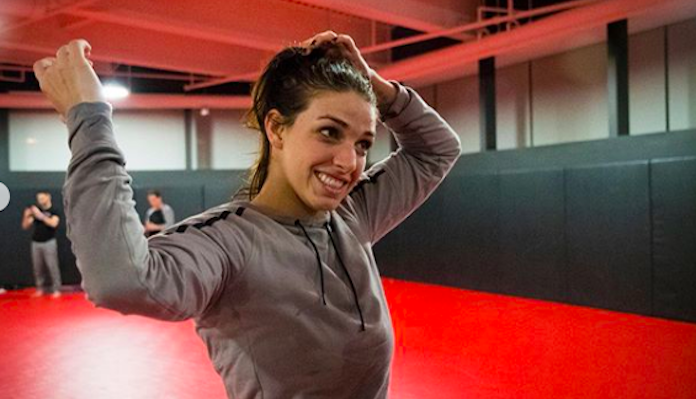 On Saturday night, on the main card of UFC 224, Mackenzie Dern picked up her second UFC win, submitting Amanda Bobby Cooper in the first round.

At a glance, Dern’s win was incredibly impressive. As any one who followed the buildup to UFC 224 knows, however, the win was not without controversy.

On Friday morning, during the UFC 224 weigh-ins, Dern tipped the scales at 123 pounds, a significant seven pounds above the strawweight division’s 116-pound cap. Though Cooper ultimately accepted the fight, and received 30% of Dern’s purse as a result of this weigh-in mishap, former UFC bantamweight champ and UFC commentator Dominick Cruz feels that, in missing weight by so much, Dern essentially cheated in this fight.

Here’s what Cruz had to say about this unfortunate debacle:

“That weight is a huge advantage,” Cruz said on the UFC 224 post fight show (transcribed by Damon Martin for MMANytt. “There’s a reason, ladies and gentlemen, why we have weight classes. When you’re seven pounds over a weight class, that is not trying to make weight. That is creating yourself an advantage to win. Because in the end, how sad was Dern about the weight loss or being too heavy? She was just happy to have the win.

Part of the reason Mackenzie Dern’s weigh-in miss was so controversial is that it was not the first time she’s missed weight. The highly-hyped prospect has missed her mark many times in her seven-fight MMA career, and several times in BJJ competition as well. From the sounds of it, however, Dern will be forced up to the UFC’s 125-pound flyweight division in her next fight, which will hopefully put an end to troubles of this kind.