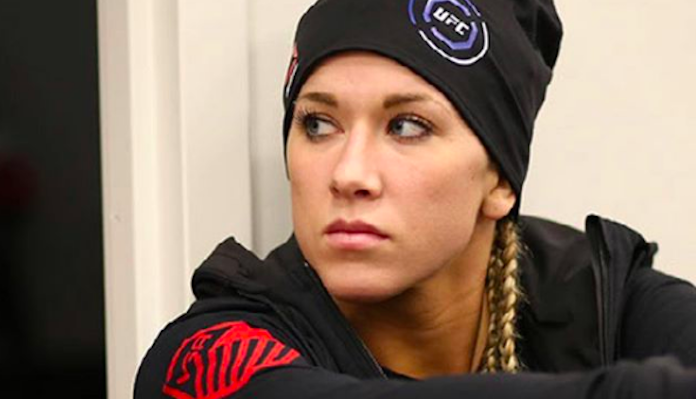 If you’ve been paying attention to the MMA headlines this morning, you’ve surely seen that Mackenzie Dern missed weight for her UFC 224 scrap with Amanda Bobby Cooper. Dern, who has missed weight for multiple other bouts in the past, tipped the scales at 123 pounds, a whopping seven pounds above the strawweight division’s 116-pound limit.

While nobody could have faulted Cooper if she turned this bout with Dern down, she ultimately elected to accept the fight at a catchweight, and will receive a hefty chunk of Dern’s purse as a result. While Cooper will get a boosted payday for this fight, however, she’s certainly not impressed with her opponent’s lack of professionalism. In fact, she considers Dern’s latest weigh-in blunder “a disgrace.”

Not shocked @MackenzieDern missed weight but 7.4lbs over is a disgrace to all professionals. She’s not getting out of this fight that easy. Fight is still on. ABCNation get ready. #ufc224 strawweight vs flyweight tomorrow night in Brazil

“Not shocked [Mackenzie Dern] missed weight, but 7.4lbs over is a disgrace to all professionals,” Cooper said in her a Friday morning Twitter post, shortly after accepting the catchweight. “She’s not getting out of this fight that easy. Fight is still on. ABCNation get ready. UFC 224, strawweight vs flyweight tomorrow night in Brazil.”

Amanda Bobby Cooper will enter this catchweight bout having recently picked up an impressive TKO win over Angela Magana. With this win, she rebounded from a tough loss to Cynthia Calvillo, and improved her overall MMA record to 3-3.

Mackenzie Dern, meanwhile, is 6-0 as a pro mixed martial artist. She recently made her UFC debut with a unanimous decision win over Ashley Yoder.

Who do you think comes out on top in this Amanda Bobby Cooper vs. Mackenzie Dern fight?