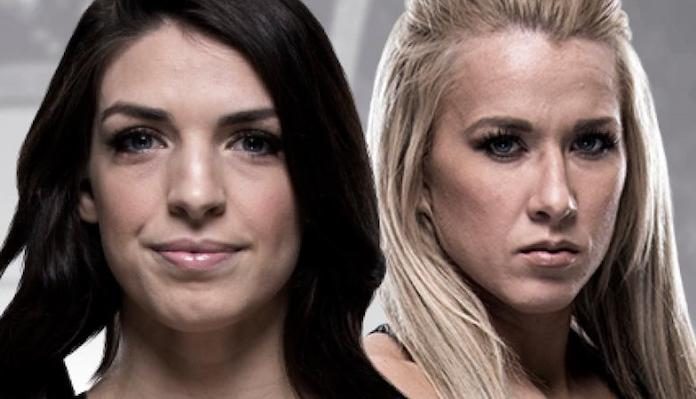 Tomorrow night, the UFC will take over Rio de Janeiro’s Jeunesse Arena with UFC 224. On Friday morning, the 26 fighters on the card’s 13-fight bill took to the scales to weigh in for their imminent battles.

As always, the weigh-ins included a high dose of drama. This time, that drama came courtesy of grappling star Mackenzie Dern.

Dern, who is scheduled to fight Amanda Bobby Cooper in a compelling strawweight booking, missed the strawweight division’s 116-pound limit by a whopping seven pounds. She tipped the scales at 123 pounds. Cooper, meanwhile, was right on the money at 115.

From the sounds of it, Dern and Cooper’s fight will go ahead, despite this blunder. The bout go down as a catchweight, and Dern will surrender 10% of her purse to Cooper.

Per CABMMA (h/t to @allelbows for getting the translation!), Amanda Cooper has agreed to a catchweight bout with Mackenzie Dern (who came in seven pounds overweight). Dern will be fined 10-percent of her purse, which will go to Cooperhttps://t.co/SGtJjvtOIi

The good news is that, while Dern’s weight cut was a disaster, no other fighters on the UFC 224 lineup missed weight.

The main event, a compelling women’s bantamweight title fight between champ Amanda Nunes and challenger Raquel Pennington, is a go. So to, is the card’s co-headliner, which pits top middleweight contenders Kelvin Gastelum and Ronaldo “Jacare” Souza against each other.

Here are the official UFC 224 weigh in results (via MMAJunkie).

What do you think the future holds for Mackenzie Dern after her latest weigh-in miss?