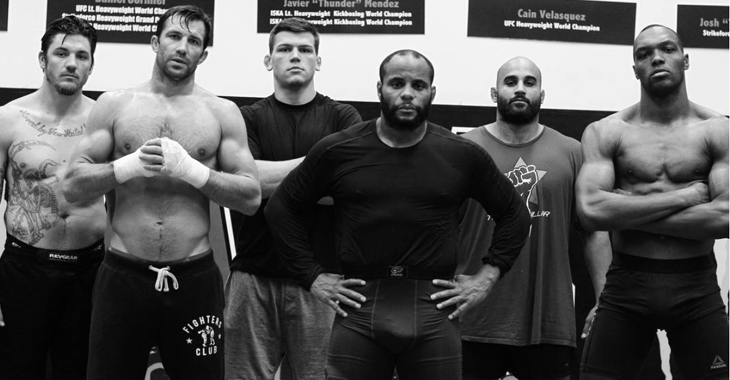 One of the best middleweight fights anyone could ever put together goes down on Saturday at UFC 221, but Luke Rockhold’s hyped match-up with Yoel Romero may take a backseat to the knowledge Rockhold recently dropped. With Daniel Cormier ready to retire and Father Time working on the middleweight contender’s body, Luke Rockhold is going to be switching weight classes sooner rather than later. That’s right, Rockhold is moving up to light heavyweight.

“[The weight cut] never gets any easier. I’m getting older and my bones are getting thicker and it gets harder to get down to this weight. Having this open workout on a Friday, it’s tough, but I feel good. I’ve got a great team around me with [George] Lockhart and [Dan] Leith, they’ve got my nutrition down to a science. I’m ahead of schedule this time around and I’ll be fine, but 205 [pounds] is imminent. [Daniel Cormier is] moving up to heavyweight. He’s not coming back, so I’ll be up there soon. Yes, I’ve mentioned that [to him] many times [that I’m moving to light heavyweight]. It’s imminent. I’ll be up there soon.” – Luke Rockhold after the UFC 221 open workouts.

Our brains are broken right now. Just imagine the light heavyweight match-ups that Luke Rockhold could have in the next chapter of his career. Rockhold said the move was ‘imminent’, but surely not after he attempts to become the undisputed middleweight champion, right? If he beats Yoel Romero tomorrow, he’ll get the interim belt and a chance to fight Robert Whittaker for the real thing. If he ended up dropping the undisputed title, it would once again put the seemingly cursed division in chaos, but moving up as champion into the new weight class would immediately put him high in the rankings. We can’t wait to see how this craziness plays out.