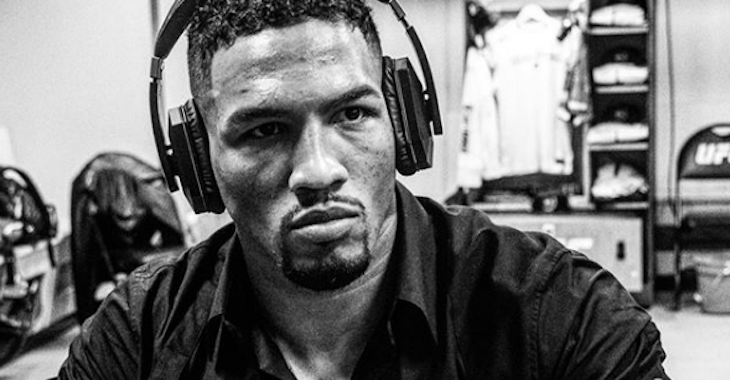 On October 7, in the main event of UFC 216, 25-year-old lightweight contender Kevin Lee’s title dreams were put on hold, as he was submitted by Tony Ferguson in an interim lightweight title fight. Ferguson, meanwhile, immediately turned his focus to undisputed UFC lightweight champion and MMA megastar Conor McGregor.

As one of the lightweight division’s top contenders, Lee’s insight on a potential fight between Ferguson and McGregor is particularly interesting. Lee made his pick for this fight on Monday’s edition of The MMA Hour:

“Tony for sure. Conor hits hard, but he doesn’t have the size to deal with that forward pressure. Tony leaves his chin up, but he’s got a good reach and has a good understanding of distance,” Lee said (h/t MMAMania.com). “I don’t feel he’ll over-lunge and be exposed to counter punches. On the ground, he will murk McGregor. The only chance McGregor has is to knock him out cold in the first, but that isn’t going to happen. McGregor doesn’t have that much power.”

That said, this is merely Lee’s secondary prediction. His primary prediction? Conor McGregor and his team do everything they can to steer clear of Tony Ferguson.

“Nah, not really, If he is smart, he wouldn’t [take that fight]. His coaches will keep him far away from Tony as possible.”

While a fight between Conor McGregor and Tony Ferguson is far from official, the early odds for this fight have already been released. Contrary to Kevin Lee’s prediction, McGregor has been identified as a slight -162 betting favorite, while Ferguson has been pegged as a +120 underdog.

What’s your prediction for a possible lightweight title fight between undisputed champ Conor McGregor and interim champ Tony Ferguson? Make your picks in the comments section!