Bellator MMA has announced the matchups for the first round of its anticipated welterweight Grand Prix, and they’re fantastic.

The tournament will begin with a trilogy bout between former champions Andrey Koreshkov and Douglas Lima, who are 1-1 across their two previous bouts. The pair will collide at Bellator 206 on September 29 — an event that marks the promotion’s debut on the streaming service DAZN.

The first round of the welterweight tournament will also include a long-awaited grudge match between British knockout artists Paul Daley and Michael Page. The pair are likely to meet in England.

The final tournament bout will pit rising prospects Neiman Gracie and Ed Ruth against one another. Former UFC welterweight contender Lorenz Larkin, meanwhile, will meet Ukrainian talent Yaroslav Amosov in a tournament alternate bout. The winner will be called upon to replace any fighters that sustain injuries in the tournament.

Here are the official first-round bouts for the Bellator WGP. 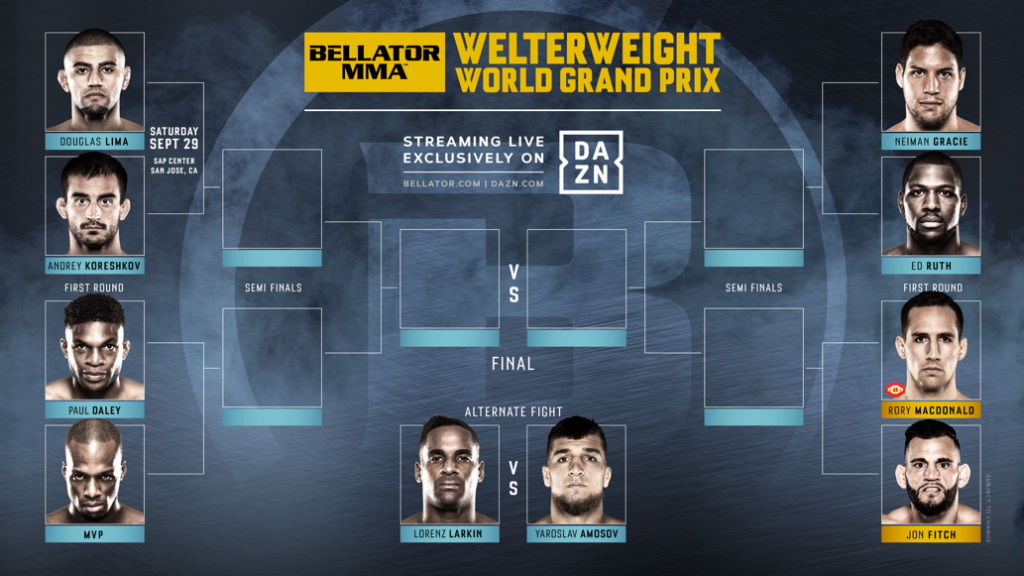 All tournament bouts will be five rounds. Rory MacDonald’s welterweight title will be on the line throughout the tournament, meaning Jon Fitch could become the Bellator welterweight champion in the first round. In fact, the title could conceivably change hands multiple times throughout.

Who do you think will come out on top in Bellator’s anticipated Welterweight Grand Prix?