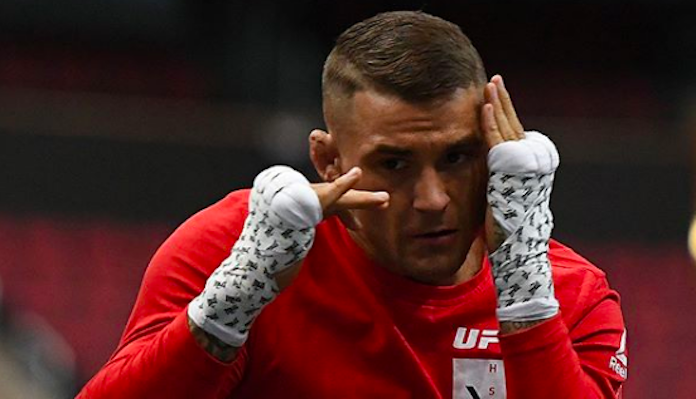 Former World Series of Fighting lightweight champ and current UFC lightweight contender Justin Gaethje is loved for his exciting, all-action style. Yet according to Dustin Poirier, who Gaethje fights this Saturday night in the UFC Glendale main event, the former WSOF champ’s style could lead to a very short career.

“It’s not (a sustainable style), and I said that when he was with World Series of Fighting,” Poirier told MMAFighting this week. “I’m good friends with (American Top Team coach) Mike Brown, who’s also an MMA mastermind. He understands fighting and understands styles and matchup, and I’ve told him that before, that this guy is going to have to switch his fighting style or he’s going to have a short career. He’s going to have a bunch of fun paydays and a bunch of memorable fights, but it’s not going to last. Once it starts going downhill, it’s going to go down fast for him, fighting like that. Of course he’s going to catch guys here and there, win some bonuses, and like I said, have some great fights that people are going to remember. And it seems like that’s what he’s fighting for. He loves that, and that’s awesome.”

While Poirier admits he sometimes has a hard time saying no to a good brawl himself, he’s determined to be the more measured, tactical fighter against Gaethje in Glendale.

“I’m not looking to go out there and get damaged and have a bloodbath, but I’m a fighter deep down inside,” he said. “So no matter how much I try to tame that beast, when the going gets tough, it comes out. I’m glad I have that because it’s gotten me far.

What do you think of Dustin Poirier’s assessment of Justin Gaethje? Join the conversation in the comments section below.