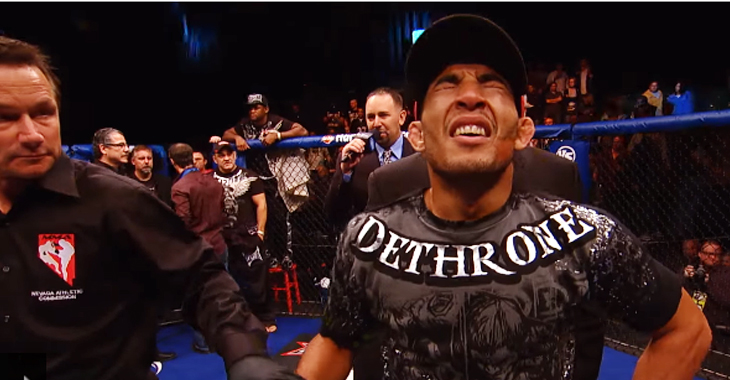 Before the infamous “turteen” second Conor McGregor knockout, Jose Aldo was on a run of destruction and dominance only comparable to names like Anderson Silva and Fedor Emelianenko. He was on an 18-fight win streak and carried over the WEC featherweight title over to the UFC. It was the title he earned by taking out Mike Brown, who was on a 10-fight win streak at the time himself. The fight would be an important milestone in an amazing career that was really just beginning. It makes it the perfect fight to watch before Aldo attempts to get back his title from Max Holloway at UFC 218.

This fight sits in the middle of three of Jose Aldo’s most iconic fights. Before his fight with Mike Brown, he sailed through the air and knocked out Cub Swanson in only seven seconds with a flying knee. A defeat that Swanson has wanted to avenge for the rest of his career even until now. After beating Brown for the title, Aldo defended against Urijah Faber with a leg kick clinic that is painfully hard to watch. Afterwards, Faber’s leg blew up like an eggplant which could be seen in videos he released during his recovery. Jose Aldo would go on to reign supreme in the UFC for four years, only losing to Conor McGregor at UFC 194 and Max Holloway at UFC 212. He had the belt taken away, but no one can ever remove his accomplishments or his legacy that will go down in MMA history as one of the most impressive careers of all time. Jose Aldo has his chance to take back the gold he’s held since he took it from Mike Brown in 2009. Will the Blessed Era continue, or will Aldo kick the crown off of Holloway’s head? We’ll find out a UFC 218 this Saturday.