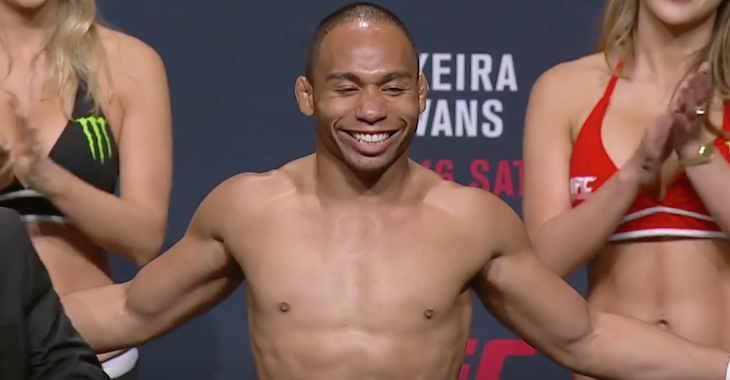 MMAFighting was the first to report the bout.

After falling in short in his two title attempts against UFC flyweight Demetrious Johnson, TUF 14 winner John Dodson returned to the bantamweight division this past April, where he scored a 37-second finish over Manny Gamburyan.

Meanwhile, John Lineker has gone 3-0 since moving up to the bantamweight ranks. The heavy-handed Brazilian is coming off a knockout win over Michael McDonald at last month’s UFC Sioux Falls event.

Both Lineker and Dodson possess serious knockout power. Who do you think will emerge victorious on October 1? Sound off PENN Nation!